Remember this name: Winston Duke. You will see him on the big screen for the first time in the upcoming Marvel’s film Black Panther where he plays, M’baku, the leader of Jabari, one of the main tribes of Wakanda. He’s one of villains that challenged T’Challa for the throne. Hearing him share the story on how he got casted for this role renews my faith in that saying, “What’s meant for you, will never miss you.”

We caught up with Winston Duke and Andy Serkis (“Ulysses Klaue / Klaw”) during our recent Black Panther trip, where they both gave some good insights into what it was like working on the film. From discussing how they got the role,  to what it’s like getting into character and working with the rest of the cast, my interaction with these two was nothing sort of amazing! 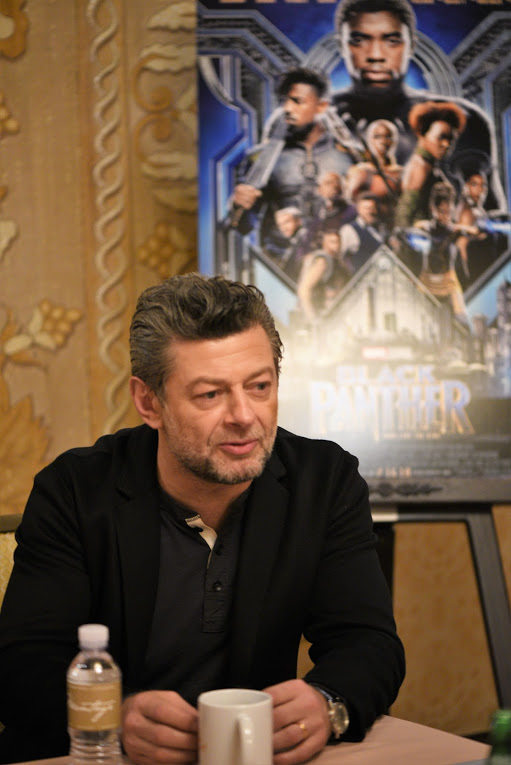 On what it’s like to play a bad guy we love to hate.
Andy Serkis:  It is great fun being able to dip into the dark side, because it’s in a safe environment. We work in the world of story where you’re allowed to do that. But what I wanted to do with this character, with Klaw, was not make him in any way an archetypal villain or considered evil. Although, he is one of the world’s worst, because he is entirely driven by being selfish. I mean he epitomizes in this film he really epitomizes what it is to be ultimately selfish in every aspect of living. 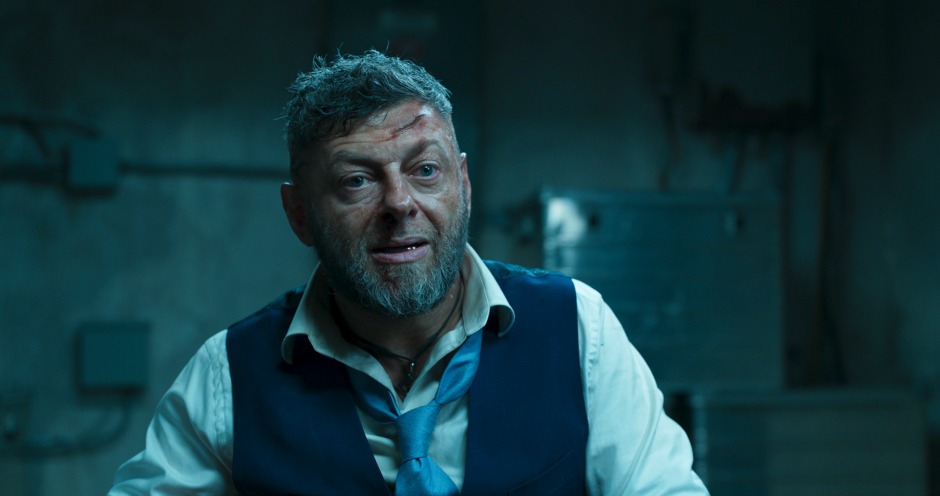 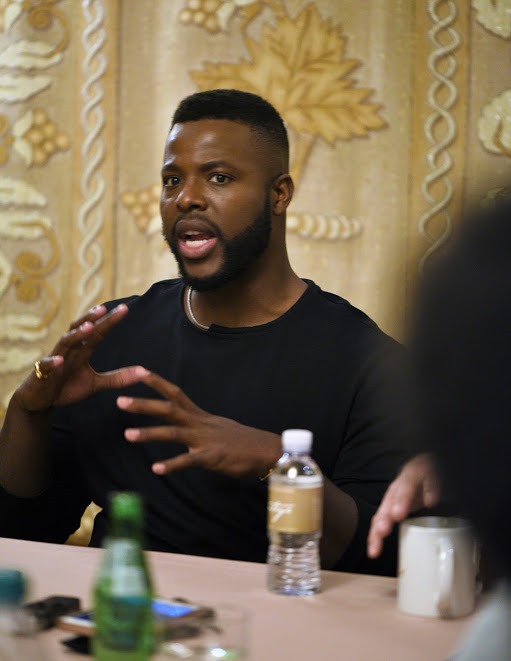 This is the absolute perfect cast for this movie, how were you cast?

Winston Duke: Since I was more of a unnamed actor, I went through the standard audition process.  I told my representatives, I said I’d just love to get in that room.  I love Ryan Coogler’s work. I think it has a really strong sense of social justice, every single thing that he does.  I want my career to have a strong social justice footprint, even if it is commercial.  I want it to be connected in some ways, so I kind of expressed that mission for myself and my career.

Then lo and behold, I got in the room with him, he had me do it like twenty different ways and he’s like cool, cool, cool. Can you make it a little bit more personal. We did it another way. Change the lines here, change the lines there.  He wrote sides specifically just for the audition. And we just kept going, and going, and going, and I didn’t hear back for maybe four weeks.  So I was like that was fun. I got to work with him, you know, I actually got to work with him. 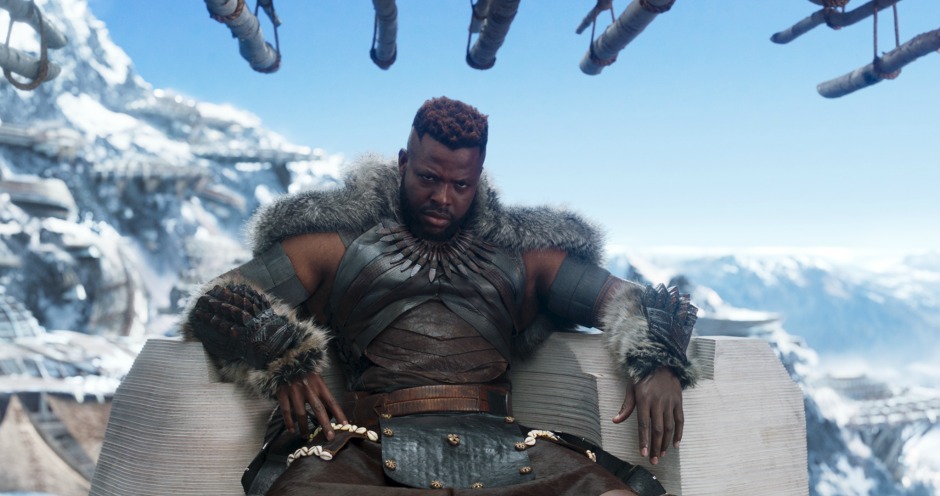 So I was content, and then I got another. They are like, they really like you and they’re asking more questions.  And they want to test you.  I go, and I do the test and it just felt very organic. I got home, I said a prayer, I heard a voice say everything is going to be cool.  You’re all good, don’t worry about it.  And the rest is history.

Andy Serkis: Ulysses Klaw comes into the Marvel world  in The Avengers: Age of Ultron.  And at that point he’s working off a ship in India where he is selling- he’s an arms dealer basically, he’s an arms dealer gangster.  And at that point he’s amassing a huge quantity of Vibranium and then Ultron tracks him down and he loses some of it.  So it was teased in. So that’s how the character got introduced.  And then when Ryan took it on, he just wanted to have even more fun with it.
Check out Black Panther clip below to see Klaw in action: 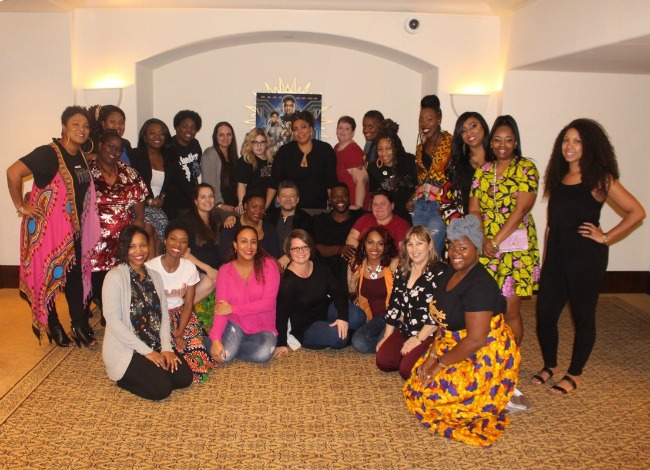