I am an African who has an accent. Although, I have lived in the United States longer than I have lived in my home country, my accent is still pretty pronounce. When I speak, people usually take notice and often times it’s out of curiosity. While most people compliment me for my accent, I have also heard not so nice things being said about it. I ignore those people and keep moving. Why, because my accent is a part of who I am, it’s my cultural identity. So during the Black Panther Global Junket Press Conference when Chadwick Boseman was asked, why it was important that his character, T’Challa speak with an African accent. My ears perked up, I got tensed then looked around to see who asked the question. At which point, Chadwick shared the drawback he faced from some people, outside Marvel who asked him if an audience could sit through a movie with a lead character who spoke with an African accent. 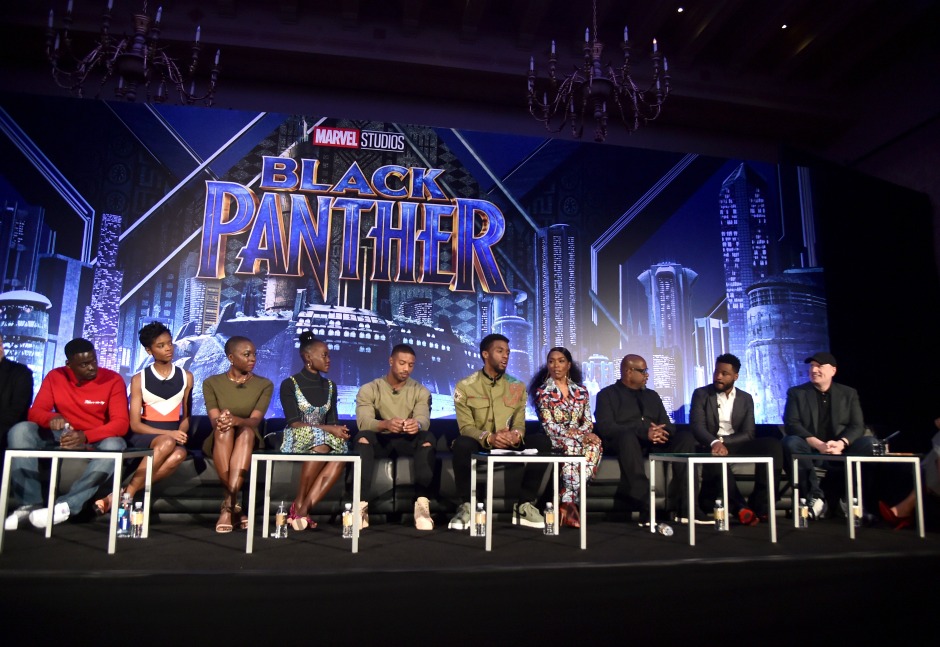 As the cast members made their way onto the stage, we can hear Lupita express how excited she was to be there. Everyone in the room saw the movie the night before, so our excitement in the room was pretty high. This was our chance to hear first hand, how the movie was made and what message they want viewers take away from watching it.

Chadwick Boseman on T’Challa speaking with an African accent.
Chadwick argues that he didn’t want his character to leave Wakanda to study abroad. In order to stay true to who T’Challa truly is.  He had to be someone that grew up in Wakanda, that understands the culture, and wouldn’t need to assimilate. 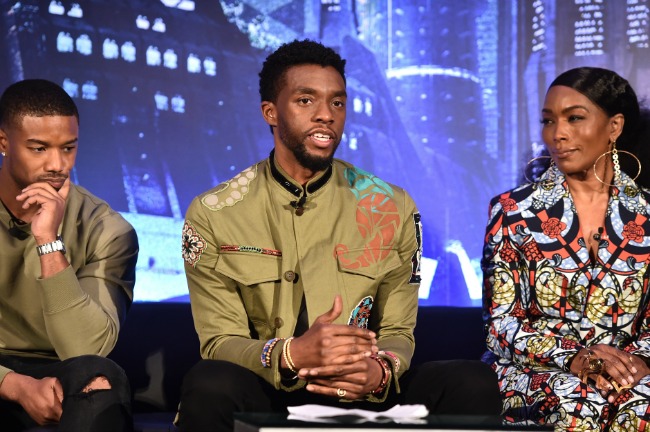 The intonations and melodies inside an African accent are just as classical as a British one or an European one . All of the emotions and aspects of a character can be shown and expressions can be shown through that accent. We have to take this opportunity to show that and he just wouldn’t, if he had never been conquered, if his ancestors had never been conquered and he’s never been conquered and Wakanda is what it is, he doesn’t have to go to Oxford to study. He doesn’t have to go to Cambridge or Yale or any place to study. He actually got his education at home and he would not then assimilate a language that is the colonizer’s language in order to speak to his people. So he had to speak with an African accent. 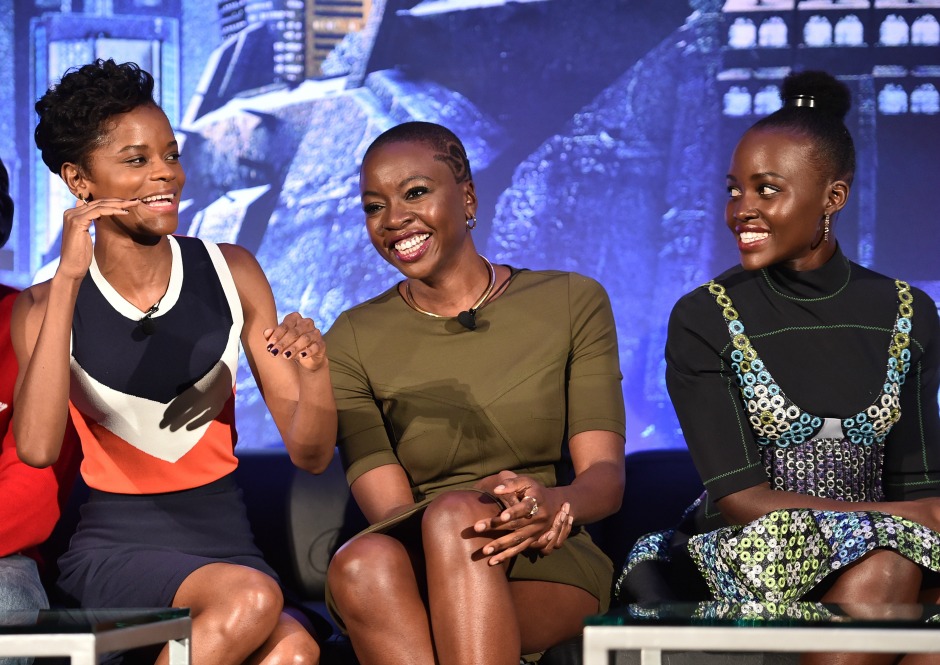 On Black Panther being an empowering movie for women and the positive message young girls can take away from it.

Lupita Nyong’o: Well I would say what I love about the way this film represents women is that each and every one of us is an individual, unique and we all have our own sense of power and our own agency and we hold our own space without being pitted against each other. And I think that’s a very, very powerful message to send to children, both male and female this idea.

Ryan Coogler: Just to add to that, speaking of some folks that were involved with the film who aren’t here to speak for themselves, this film has involvement from brilliant women all over from start to finish.  Louie Esposito, with his left hand is Victoria Alonzo who is amazing and she was there from day one and our crew was just hired women who were the best person for the job. They weren’t hired because they were women, they were hired because they were the best for the job and that was our cinematographer Rachel Morrison.