Before we get to the nitty-gritty, I figured I will let you know that Solo: A Star Wars Story has landed in theaters and here is everything you need to know before taking your kids to see it.

I was stoked when I found out we would be interviewing Woody Harrelson.  I have been a fan of Harrelson for some time now, so having a chance to be in the same room with him was pretty awesome. As expected he was a lot of fun, super friendly and easy to talk to. Frankly, I can’t sing his praise enough. 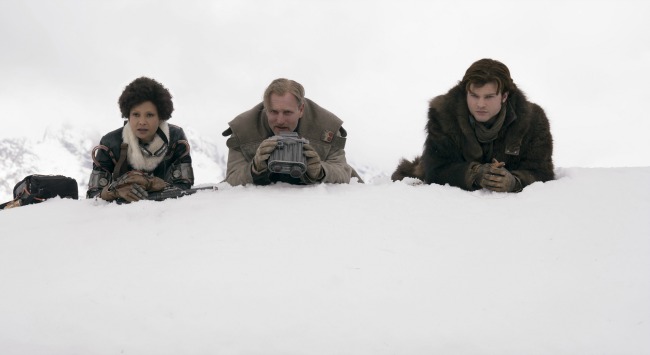 Thandie Newton is Val, Woody Harrelson is Beckett and Alden Ehrenreich is Han Solo in SOLO: A STAR WARS STORY.

As Woody Harrelson wrapped up directing Lost in London,  a movie he wrote and starred in, he was approached to play Tobias Beckett in Solo: A Star Wars Story. At first, Harrelson was hesitant to take on the role because he had been working non-stop but at the end of the day, he decided to give it a shot. Haven’t seen Solo, I’m glad Harrelson agreed to come on board because he was exceptional. From the first scene, when Han Solo (Alden Ehrenreich) stumbles upon Tobias Beckett (Woody Harrelson) and his crew working on a heist, Harrelson quirky personality shines through as his character is introduced to us. He quickly became one of the stand-out characters of the film. 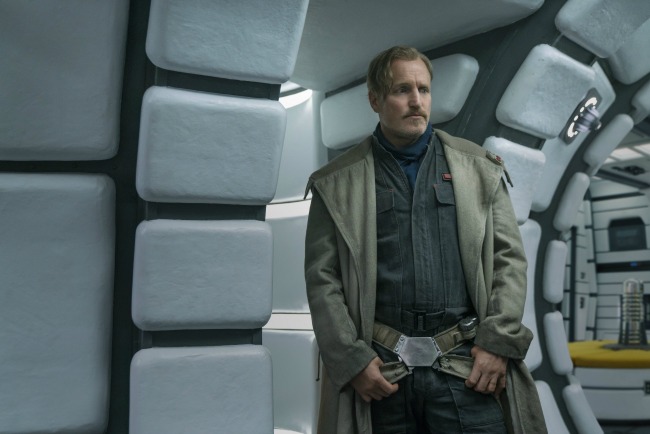 Woody Harrelson is Beckett in SOLO: A STAR WARS STORY.

In his usual fashion, Woody Harrelson started off the interview with a joke, then he went on to share with us what he wants his legacy to be or how he wants to be remembered. “I would like to kind of make people laugh and hopefully, they’ll think of me and laugh.” Then he went on to share about his first experience with Star Wars and how impactful Harrison Ford playing Han Solo was back then. 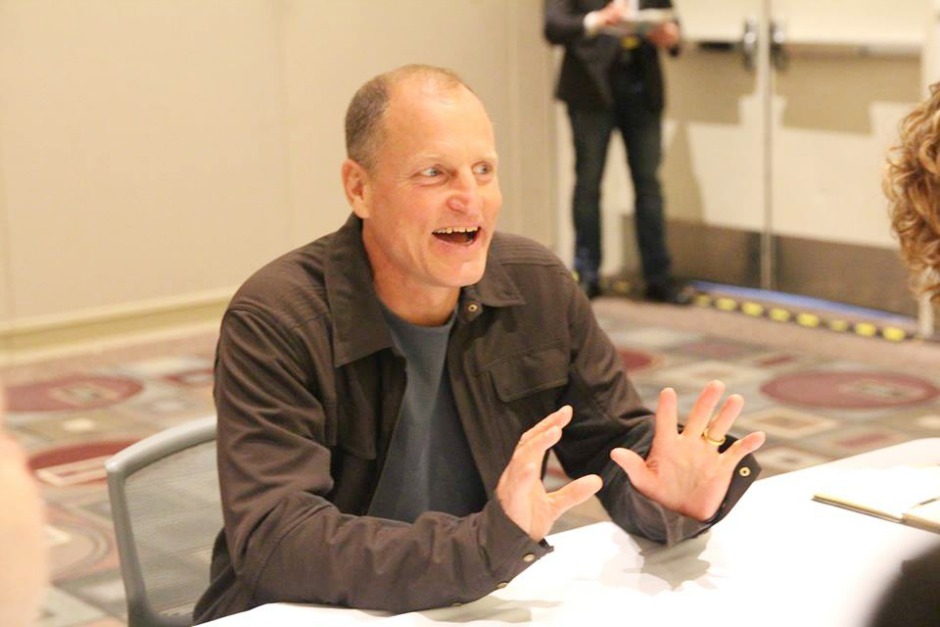 He credits Jack Nicholson for being a tough-love mentor to him. He’s someone that Woody Harrelson often goes to for advice and friendship. He considers himself a genuinely happy person and contributes his happiness to gratitude. He still remembers a time when he almost gave up on his dream but his steadfastness and gratitude helped him through the hurdle. Harrelson couldn’t stop praising Alden Ehrenreich and his portrayal of Han Solo. He added, “I really admire his work ethic and I think just the way he cultivates himself as a human. He’s an extraordinary guy.”

SOLO: A STAR WARS STORY opens in U.S. theaters on May 25.

Interview with Phoebe Waller-Bridge as L3-37, Lando’s Droid in ‘Solo’
A Look Inside Suite 3H: The Office of Walt Disney