To read more on Solo: A Star Wars Story, come back tomorrow for our interview with Emilia Clarke, who played Qi’ra. 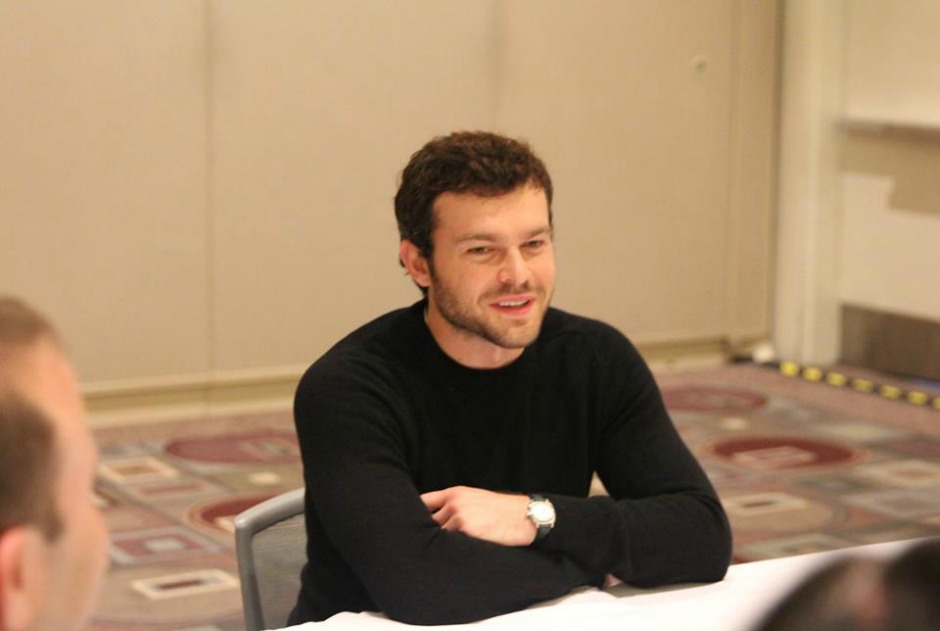 Originally from Los Angeles, when Alden found out he got the part he wasn’t allowed to tell anybody but he couldn’t keep it to himself so he told his family. To celebrate he went on a walk at the Santa Monica pier, cleared his head by riding on the roller coaster. He was alone, just taking in the magnitude of what he just accomplished. He wasn’t alone at the premiere though,  his family was in attendance to celebrate his success. His mom, nana, nieces, and nephew were at the after party, and as he puts it, “they all came to the premiere and had probably the most memorable night of their lives”  In talking to him, you can tell that his family are so proud of him and who wouldn’t be. He did a great job playing Han Solo.

Of course, he couldn’t play Han Solo without watching a marathon of all his work. He watched all the original Star Wars film several times so he can get into that mind frame. He studied Han Solo’s mannerism, his quirks and things that made him who he is. He did an amazing job considering he had big shoes to fill.

Forging a friendship with Chewbacca, played by actor Joonas Suotamo was easy. They got together a few weeks before filming started to work on their relationship.  They trained together, stunt training and boxing. They also bonded over video games.

Alden Ehrenreich saw his first Star Wars movie on VHS when he was five years old. Like most video at that age, he had all the toys and action figures to go with it. Filming the movie and being on the Millennium Falcon felt like a familiar dream that came true. When he’s not spending time with his family, you can often find him winding down with a book, his favorites are Gilead Trilogy, The Art of Fielding, Infinite Jest and East of Eden. 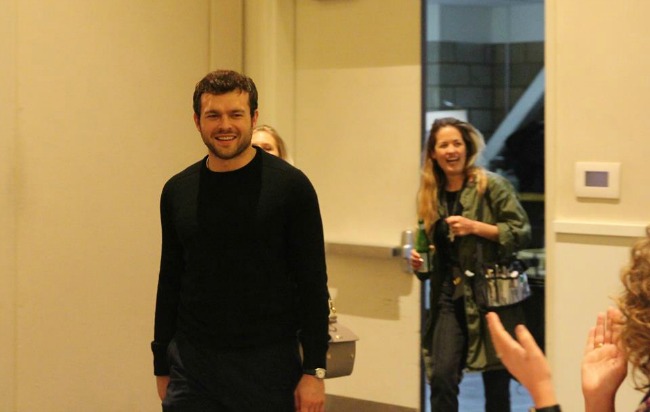 As he sat down for the interview, he shared with us his encounter earlier that day with Harrison Ford. Just before our interview, Harrison Ford surprised him backstage, their meeting was captured on camera check out the video here.

SOLO: A STAR WARS STORY opens in U.S. theaters on May 25.