Taking place before the rebellion. Solo: A Star Wars Story sheds a light into Han Solo’s life before he became the Han Solo we know and love. We find out how he got the name Solo, how he met Chewie, his first encounter with the Millennium Falcon and everything else that happened in between. To be honest, the idea of anyone other than Harrison Ford playing Han Solo wasn’t an easy pill to swallow, I was apprehensive and I didn’t want anything to do with it.  However,  upon watching Solo: A Star Wars Story, my heart thawed and I see why we needed to look back at how the man we know and love came about. Solo: A Star Wars Story is a movie for fans of the franchise and it’s also perfect for anyone that isn’t familiar with the franchise. 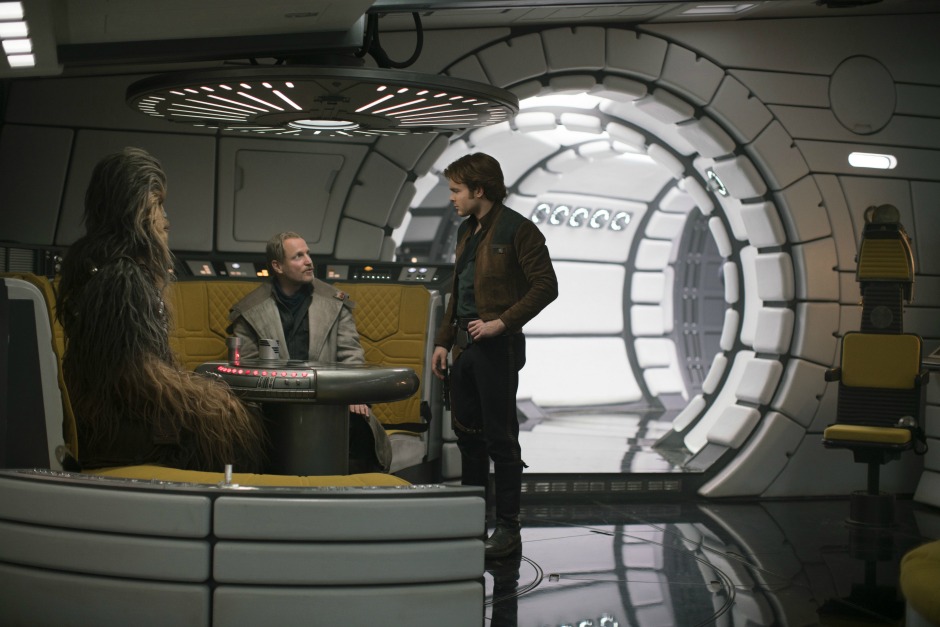 Joonas Suotamo is Chewbacca, Woody Harrelson is Beckett and Alden Ehrenreich is Han Solo in SOLO: A STAR WARS STORY.

Solo: A Star Wars Story Review: A Story Worth Telling

The movie starts off with Han Solo played by Alden Ehrenreich trying to flee the underworld with his then-girlfriend Qi’ra played by Emilia Clarke. They don’t have any money so they bribe the customs officer with a stolen fuel crystal to help smuggle them out. While attempting to escape Qi’ra gets caught but Han manages to get away. Frustrated and determined to make his way back to Qi’ra, Han enlists to become a pilot. Fast forward a few years Han is now a pilot trying to make his way back to the dangerous underworld to rescue his love Qi’ra. That’s when Han Solo meets Tobias Beckett, a well-known thief and smuggler played by Woody Harrelson. They joined forces to carry out a heist in order to get enough money to buy back their freedom. All through this, Han befriends Chewbacca and meets the notorious gambler Lando Calrissian. 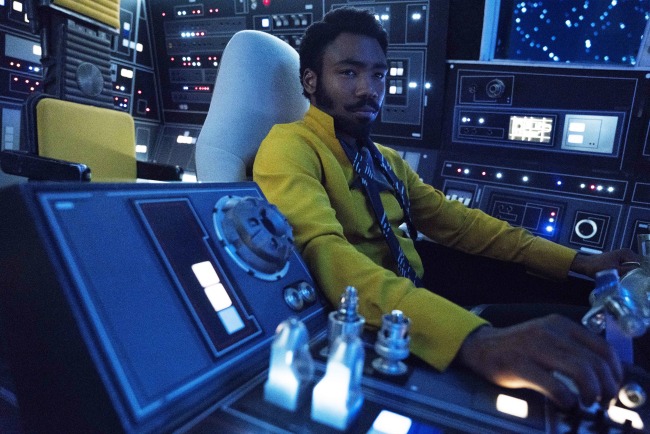 The cast was amazing, but Donald Glover as Lando was so accurate. He had the wardrobe and charisma down to a science. Glover didn’t look like he was playing dress up either, he owned the screen. L3-37, who’s played by Phoebe Waller-Bridge is a force to be reckoned with as well. Frankly, the whole cast did a great job.

Solo: A Star Wars Story Review: Should you take the kids?

Since coming back from the premiere, I have been asked if Solo: A Star Wars Story is suitable for kids. I will sound like a broken record with this question but this isn’t a one size fit all situation. Every kid is different and so are their parents. I have no issues taking my girls, ages 11 and 7 to see this movie because I know what they can handle. There are no nude scenes, but they do have a few scenes with guns. However, when it comes to a scene that I’m unsure about, I cover my little one’s eyes and we try to move on as quickly as possible without making an issue out of it. The movie isn’t overly violent, and as mentioned previously there isn’t nudity. Those are the few things I’m often apprehensive about. 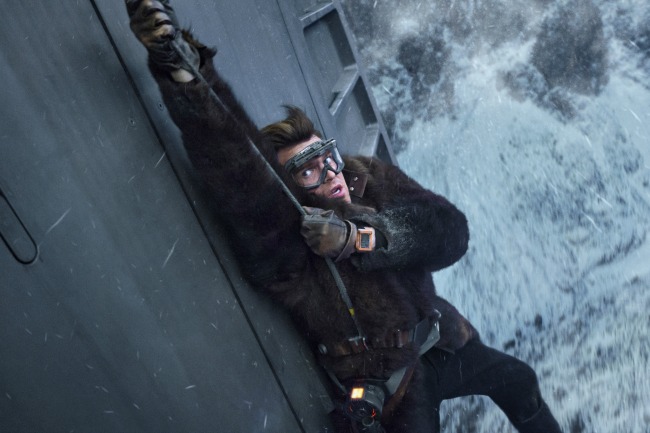 If you are a devoted fan, I suggest giving Alden Ehrenreich a chance on being a young Han Solo rather than comparing him to Harrison Ford, because let’s be honest there is only one Harrison Ford. Overall, this is a chance for new Star War fans to be born, it’s a nice storyline that doubles as a fun summer movie the whole family can enjoy. Unfortunately, though, it isn’t memorable.

Stay up to date with Star Wars
SOLO: A STAR WARS STORY opens in U.S. theaters on May 25.

A Visit to the Set of General Hospital, Port Charles
Alden Ehrenreich on Playing Han Solo in Solo: A Star Wars Story