A Visit to the Set of General Hospital, Port Charles – Afropolitan Mom

So while the detectives were trying to figure out who pushed Nelle off the stairs and I am keeping my fingers crossed that she doesn’t lose that baby. I paid a visit to the set of General Hospital, Port Charles to get some inside information and a glimpse at what’s coming up on future episodes. In case you haven’t watched yesterday’s episode, I won’t tell you who pushed Nelle or who she claimed pushed her, go and watch it and come back to discuss the fact that Nelle is crazy and this is only the beginning.

My aunt and Grandma, however, were devout fans of General Hospital. My aunt got captivated by the soap while she was on extended bed rest. Nothing like watching the Quartermaine’s family unravel as my aunt await the birth of your firstborn. My aunts love for the show continued long after she moved to England. I say all these to say the show, General Hospital brings back so many memories, hearing the theme song alone reminds me of my grandma sitting on the couch and welcoming us as we get home from school. You can always find her hanging out in the living room watching her trusty soap. She’s older now and her memories are slowly slipping but I often wonder if she remembers those times when my parents were at work and she stayed home to babysit us. 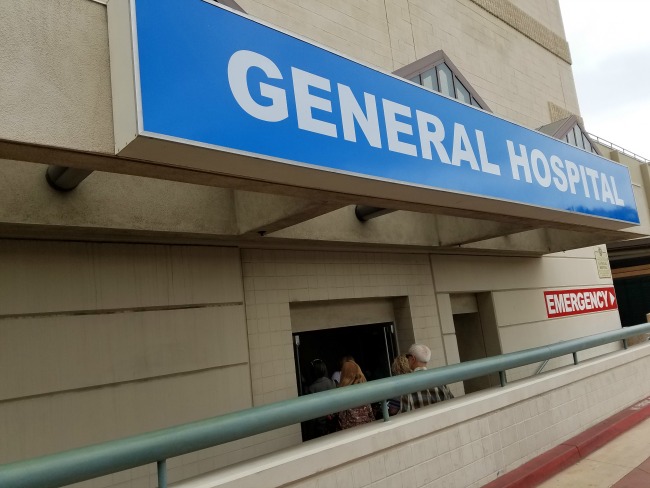 Enough about the mushy stuff, since visiting the set earlier this week, I have watched the new and old episode for nostalgia and was surprised to find lots of stars we know and love got their start from General Hospital, people like Eva Longoria, Amber Tamblyn, and John Stamos just to mention a few. If you haven’t watched the show in a while you will be surprised that a lot has changed, they have new and evolving stories and a whole lot of new faces.

I didn’t know what to expect walking to the studio, as we drove onto the parking lot, we can see from the outside the big sign on the building – General Hospital Emergency room. We got to security and was ushered onto the set. The set was an open space warehouse with each room divided for each section of the show. The famous living room, the nurse’s desk, the bedroom, offices, and the list goes on.

At the time of our visit, the crew was on a lunch break so the set was empty which gave us an opportunity to run amok. It was enlightened to see the map of port Charles, general hospital right in front of us.  When I got home I realized that I didn’t get to see Kelly’s Diner or Charles Pub.  However, we stopped briefly at Metro Court restaurant to have a drink and was surprised to learn the behind the screen magic when it comes to the alcohol scenes. Champagnes are often times Ginger Ale, while Scotch is diet coke. A lot of the furniture has been on set for years. 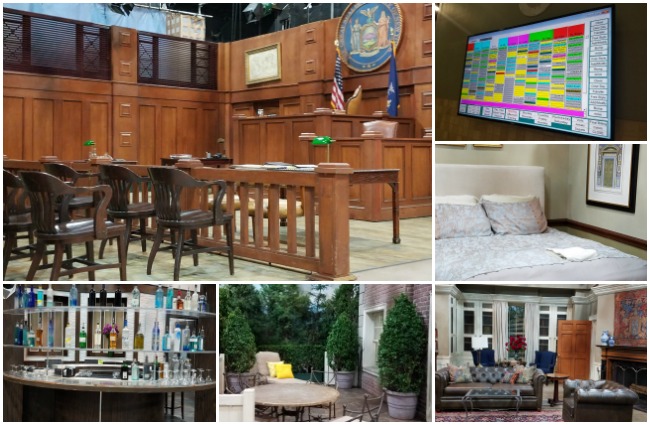 After the studio tour, we had a chance to sit down with Executive Producer Frank Valentini and Joshua Swickard, who plays Detective Harrison Chase to talk about the upcoming episodes and what to expect on this year’s Nurses Ball. 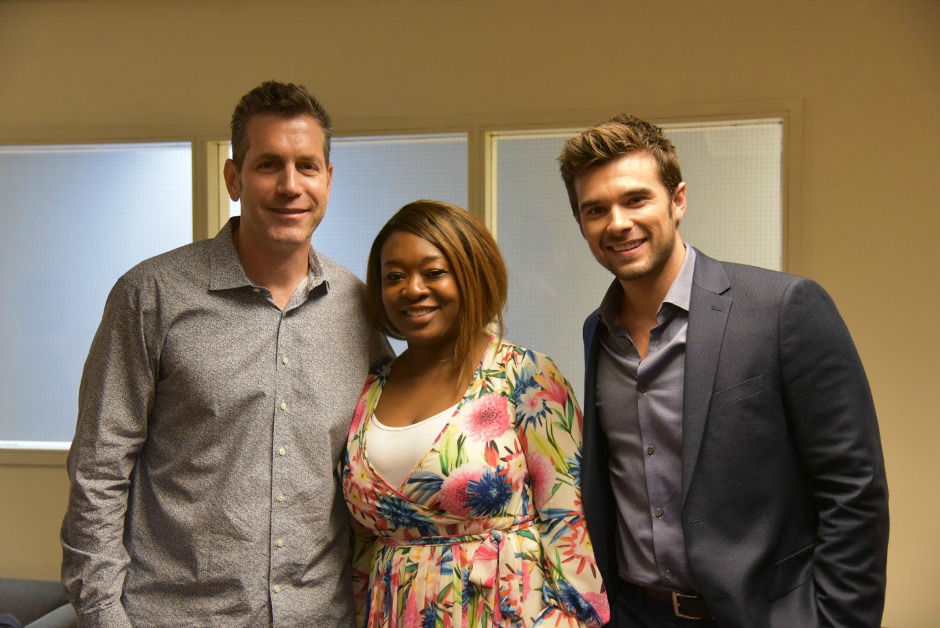 Did you know two out of three people diagnose with Alzheimer’s disease are women? The show does a lot to raise awareness about different things most notably their annual Nurses Ball which is a charity event founded in 1994 by Lucy Coe for HIV/AIDS awareness and research. 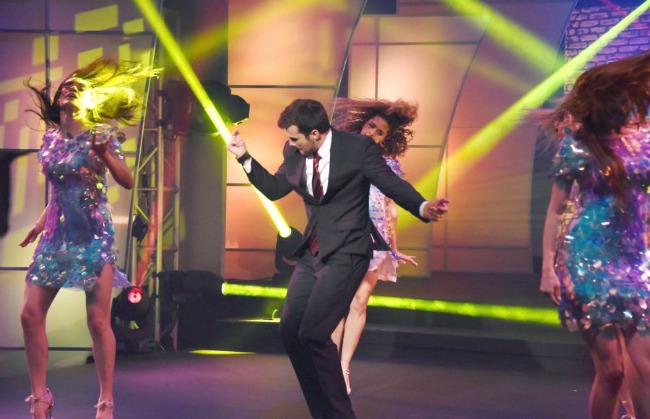 The Nurses Ball episode airs Wednesday, May 16th, so make sure you tune in because I saw a snippet and it looks like a lot of fun.