After a whirlwind trip to Los Angeles, I got home in time to celebrate mother’s day with my family. If you followed me on social then you got a glimpse at a few of the things we did the past four days. Yes the movie was amazing and to be honest, I have never had as much fun on a red carpet than I did at Solo: A Star Wars Story premiere.

From the staff working the red carpet to the crew at the after-party everyone I encountered were in good spirit and just happy to have us there. The celebrities were no exception, all of them were eager to take pictures, because nothing like finally having the courage to walk up to a star for them to tell you no. Thankfully, I have never experienced it but I have heard stories.

Once in awhile it’s nice to replace my mom uniform and get all dolled up with false lashes, and smoky eyes to hit the red carpet. As I walk the red carpet, I often think about the decisions I made in life that got me where I am today. 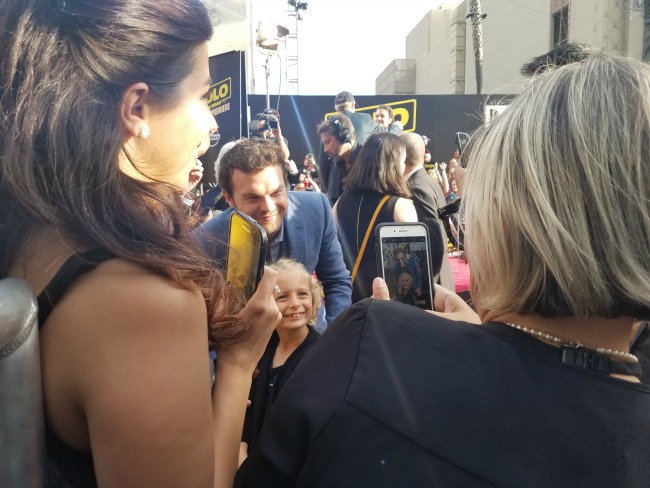 Solo: A Star Wars Story, Alden Ehrenreich taking a picture with a fan

The moment we cleared security and walked onto the official carpet, I spotted Han Solo taking a picture with a fan. 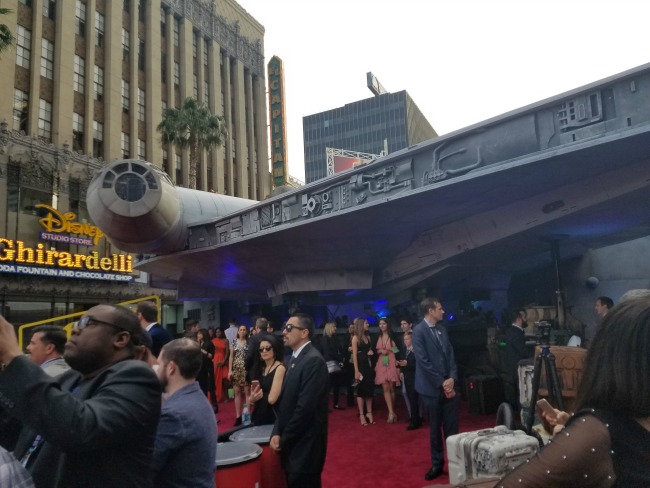 Entrance to the Red Carpet was the Millennium Falcon 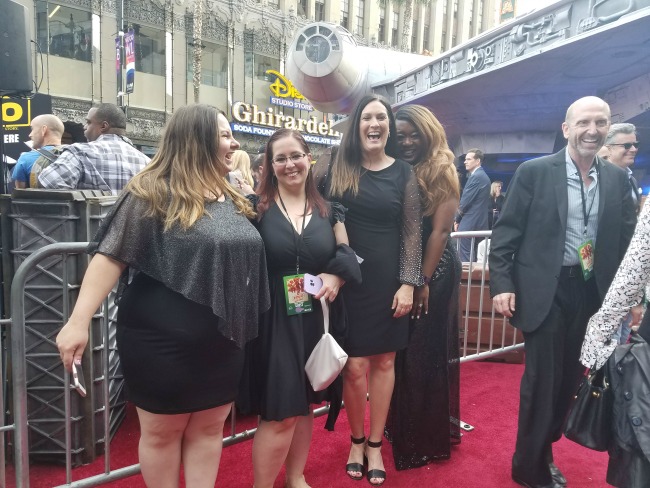 Not sure why we were laughing so hard but whatever it was it didn’t stop me from spotting Nathan Fillion. 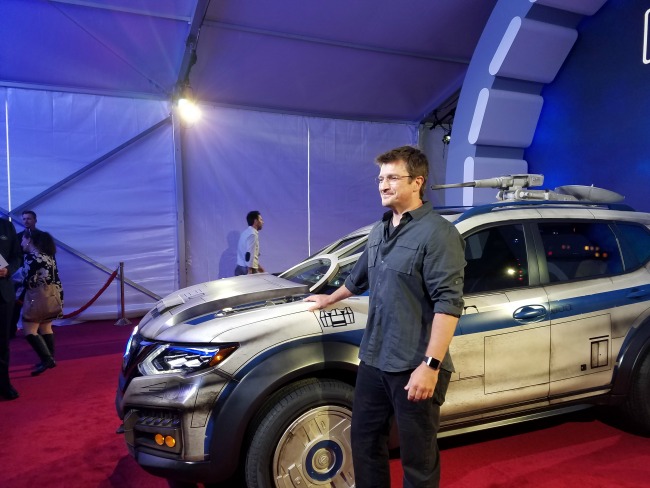 You probably remember him from Castle and most recently American Housewife on ABC. Before heading inside to watch the movie, I got a glimpse of Donald Glover 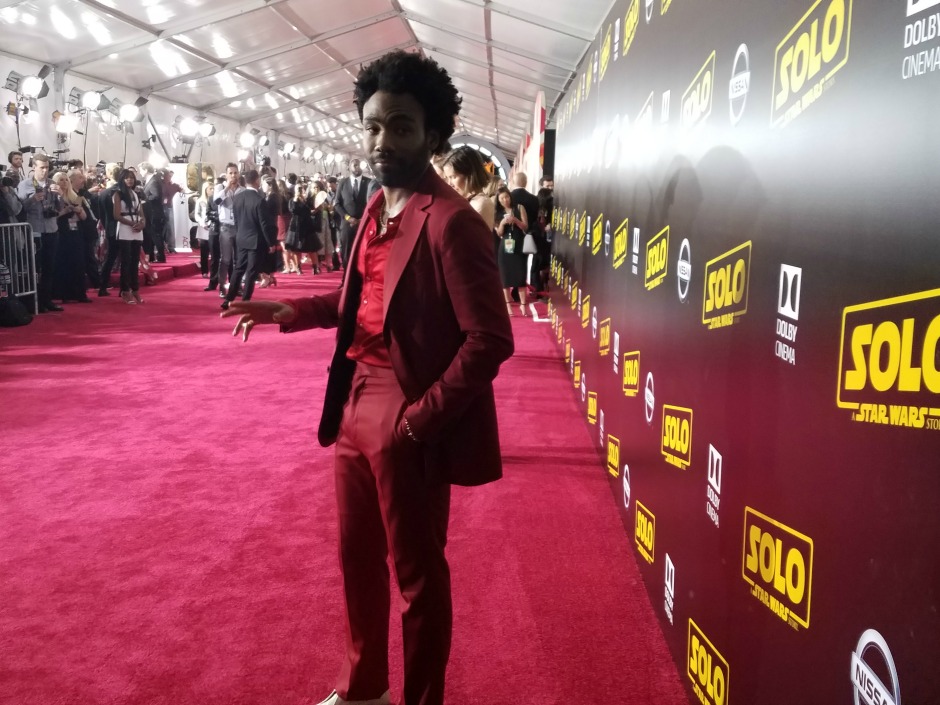 After posing on the red carpet, we made our way into the Dolby movie theater to sit down and watch the highly anticipated  Solo: A Star Wars Story,  a full review coming soon.

Scroll down to see all the stars that were at the Solo: A Star Wars Story after-party

Watching the premiere was fun but some will argue that the REAL fun is at the after-party where we get a chance to mingle with the stars of the movie. We walked a few steps from Dolby theater into the party room. The moment I walked in I spotted Boris Kodjoe, his height gave him away. He walked into the party with his children, a girl, and a boy.  I was eager to talk to him about his recent trip to Ghana but the fact that his children were there, made me hesitant to disrupt their quality family time.

I moved on and walked right into Ms. Yvette Nicole Brown. She was so willing and open to just chill, take pictures and that totally warmed my heart. 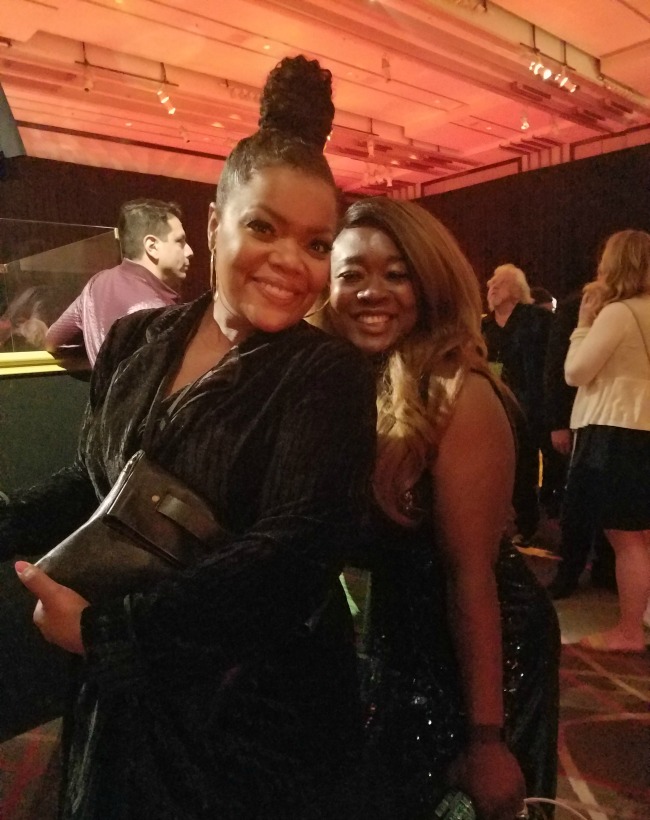 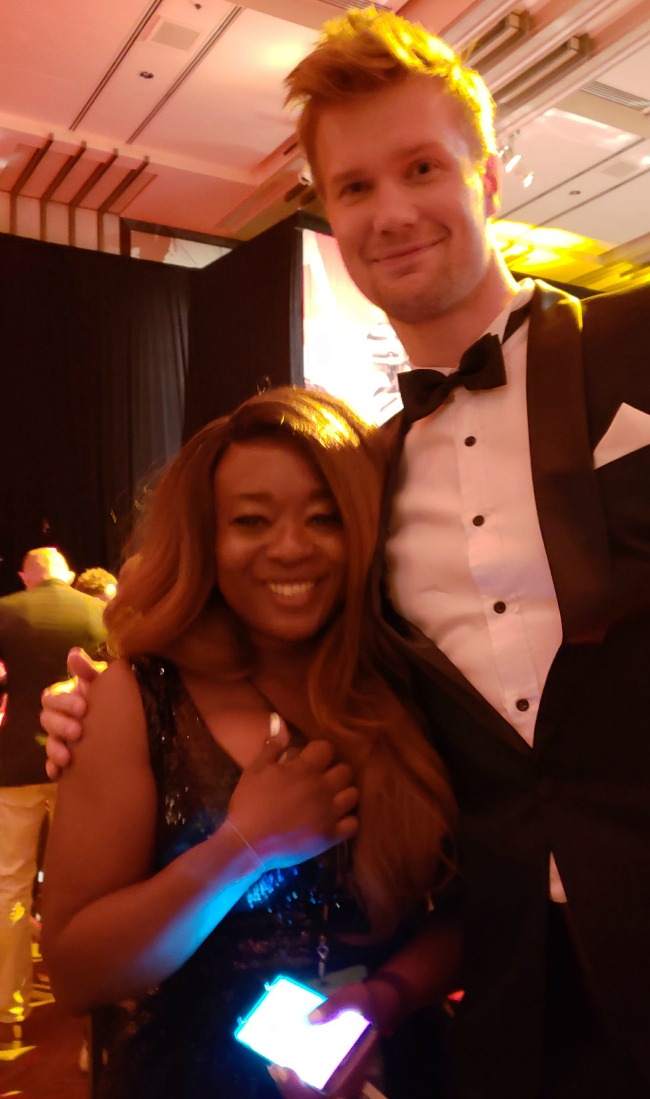 Hung out with Joonas Suotamo – he played Chewbacca. I also got a chance to interview him the next day and you will read all about it later this week.

Below are a few on and off the red carpet celebrities that were spotted.  Sofia Vergara and Joe Manganiello, Chris Hardwick, Phoebe Waller-Bridge, Sandra Ho, Ray Park and Van Lathan (TMZ). 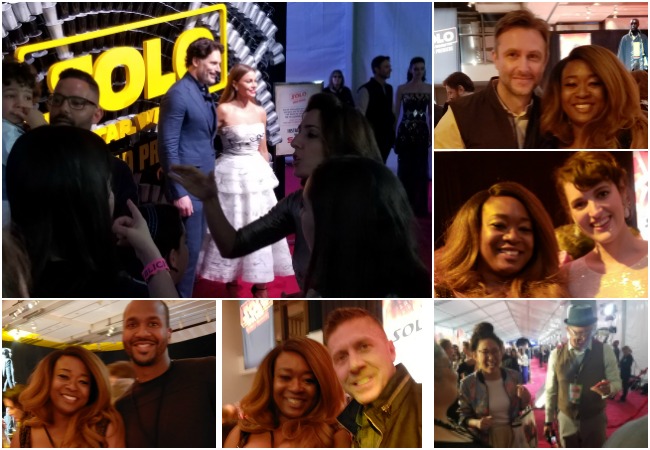 Overall it was a fun night, definitely different than my Black Panther red carpet experience.

SOLO: A STAR WARS STORY opens in U.S. theaters on May 25. You can pre-order the official soundtrack here.