To read more on Solo: A Star Wars Story, come back on Monday for an interview with Director Ron Howard

She won the hearts of many when she played Daenerys Targaryen in Game of Thrones. However, for this interview, we wanted to see the woman that had Han Solo‘s heart before Princess Leia Organa. Who is Qi’ra? She is Han Solo’s love interest in Solo: A Star Wars Story. Yes, before Princess Leia, Han Solo was lusting after someone else. Gasp is that even possible. 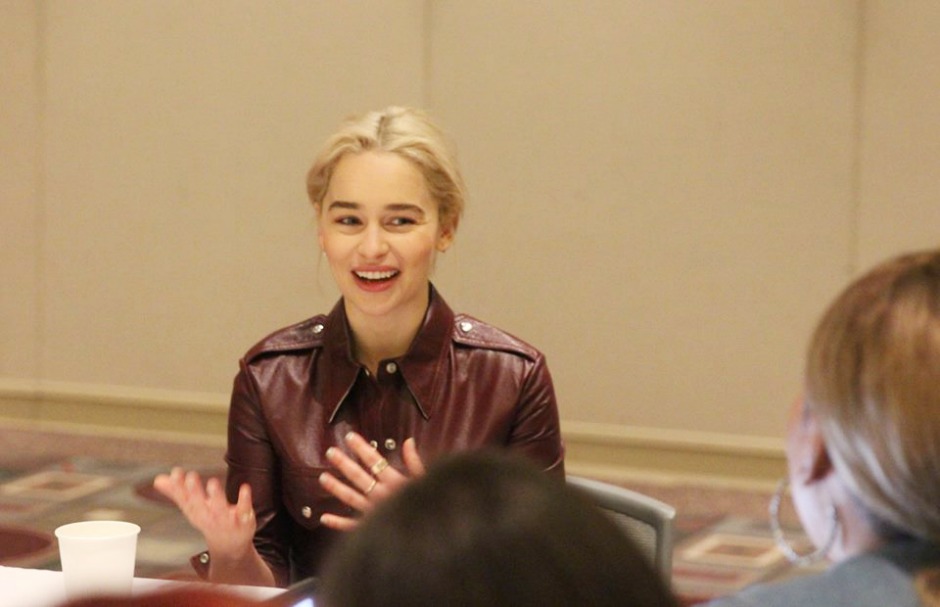 Emilia Clarke as Qi’ra in Solo: A Star Wars Story

Emilia’s first introduction to Star Wars was through her brother but she truly feels in love when she saw Star Wars: The Force Awakens at which point she jumped on the bandwagon and became a true fan. Now that she has joined the Star Wars family, her brother couldn’t be more proud.

Like the character she played on the big screen, Emilia Clarke is fearless although she doesn’t like being referenced as playing a strong character or a strong woman because, as she puts it, “We’re just women, we can take strong out of the equation. It just is what we are, strength is within us as women.” In addition, she wants girls to know they are strong, and they have it within them to go for what they want. 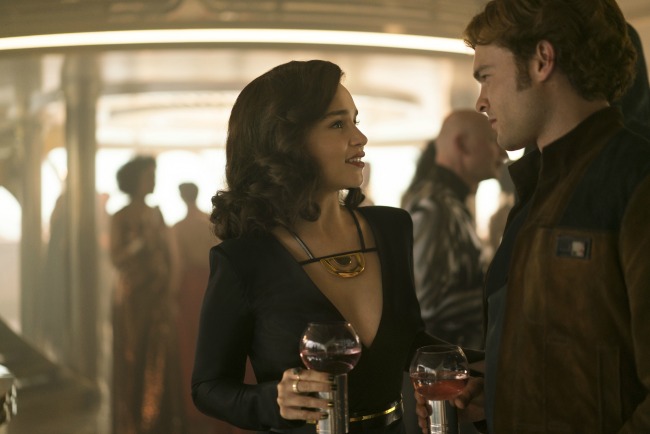 Emilia Clarke is Qi’ra and Alden Ehrenreich is Han Solo in SOLO: A STAR WARS STORY.

Playing Hans’s love interest comes with its own expectation but she doesn’t let that get to her. “It’s before her so I don’t need to spend too much time worrying about it.” Overall she’s worried about disappointing Star Wars fan, she understands the enormous pressure to get the movie right so she has put pressure on herself to be brilliant and for now, she’s doing everything possible to put her best foot forward. 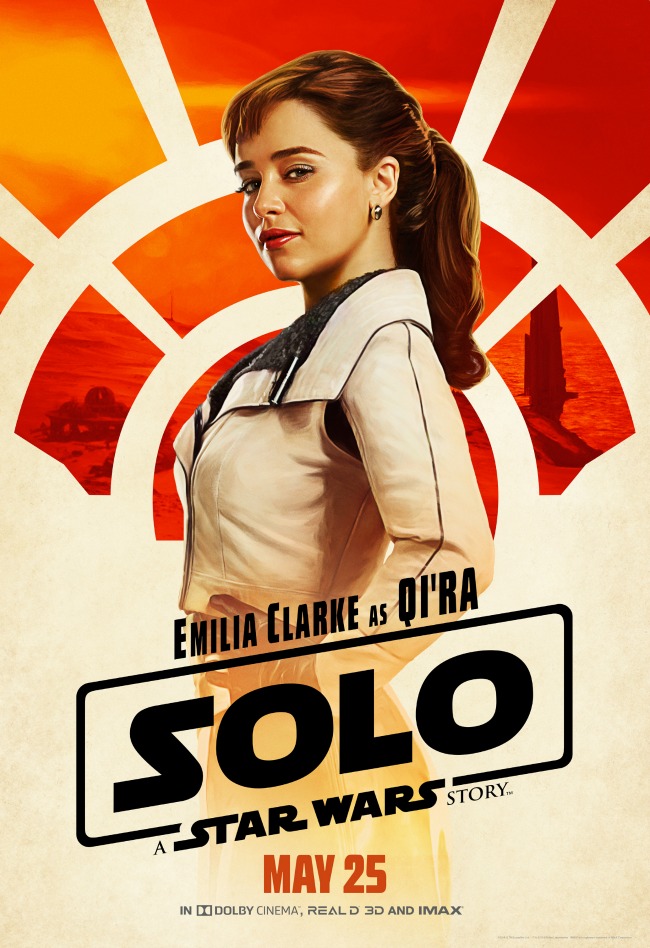