A Look Inside Suite 3H: The Office of Walt Disney – Afropolitan Mom

A sneak peek inside Suite 3H, the Office of Walt Disney, the creative mind behind some of our favorite childhood memories. The space beautifully sums up who Walt Disney was – a relentless, creative visionary. I don’t think Walt set out to be a legendary animator. He just wanted to create something magical but here we are enthralled in his awesomeness and getting a look inside his space. Below are a few things I saw and learned during my tour.

Did you know that? I only know this because I saw the citation at the entrance to his office.

Look Inside the Office of Walt Disney

Suite 3H is the space where Walt Disney spent most of his time from 1940 until his death in 1966. The space has now been restored and we were welcomed on site to explore. The suite of offices is located in the Animation building on the Disney lot.

In order to get a meeting with Walt Disney, you had to go through two people, his secretary and his receptionist, these two were the gatekeepers of his office and schedule. 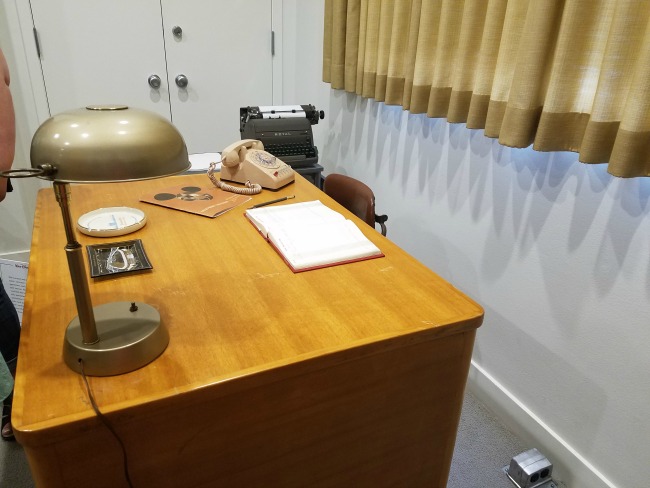 On the desk was a September 1966 Walt Disney Production/Disneyland phone directory and calendar opened to Friday, April 22, 1966. The entry for that day – 8:30 Leave PAC for Palm Springs. 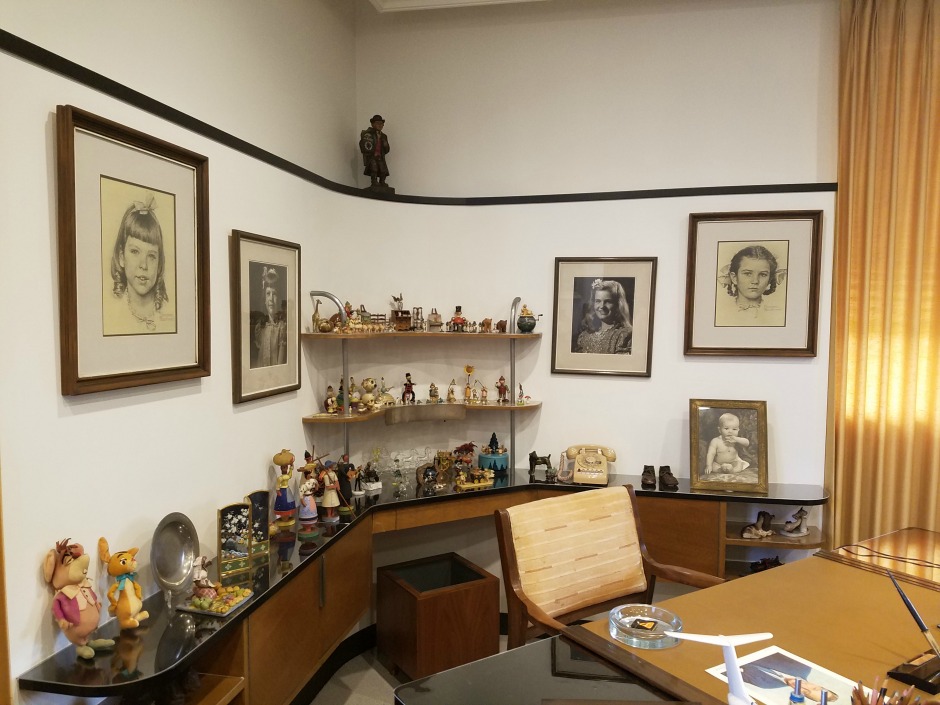 Looking around his office, you can tell that he’s a family man. He has a few pictures of his children. 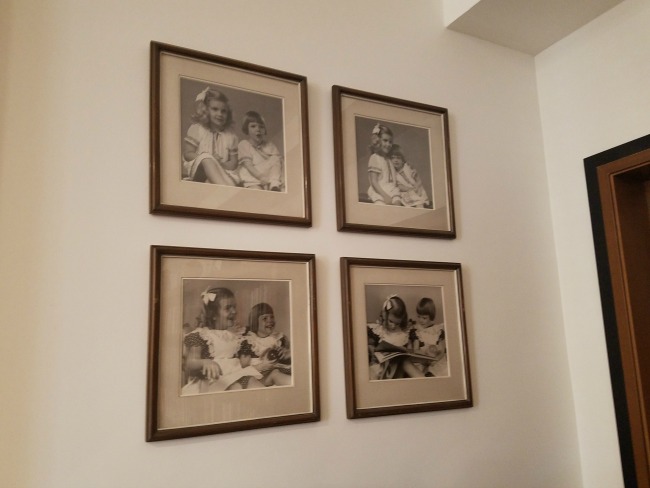 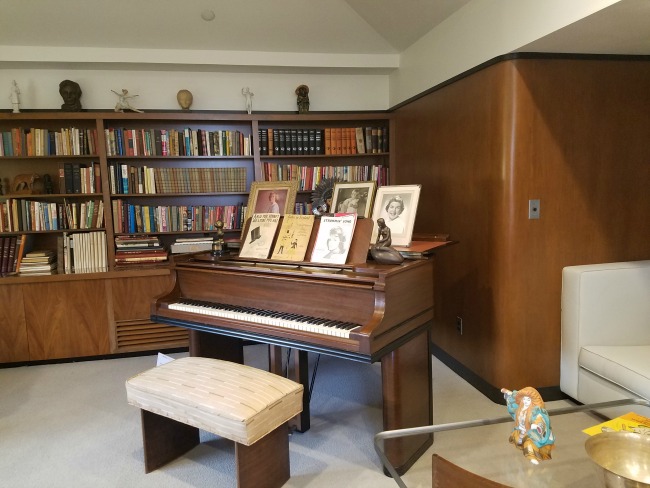 Inside Walt’s office seats a reconditioned Knabe grand piano. The piano was purchased and customized by then supervising designer, Kem Weber in 1940. Years later, Disney songwriter Richard Sherman would play Walt’s favorite song “Feed the Birds“, from Mary Poppins on the piano. 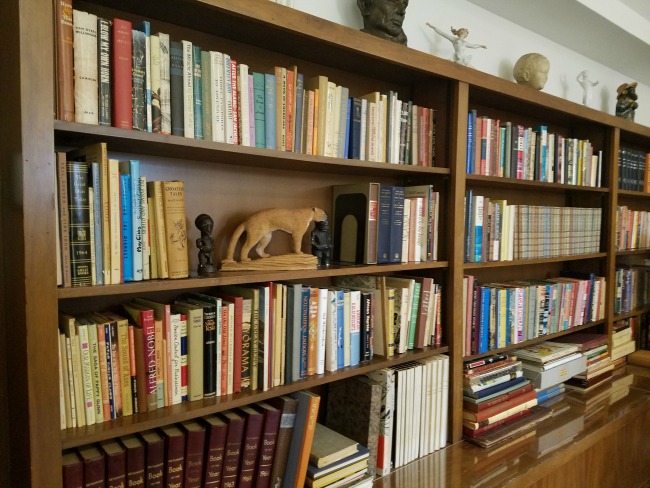 To the left of Walt’s desk was a bookshelf with a myriad of books, from The African Hayride to The Story of Mount Washington. 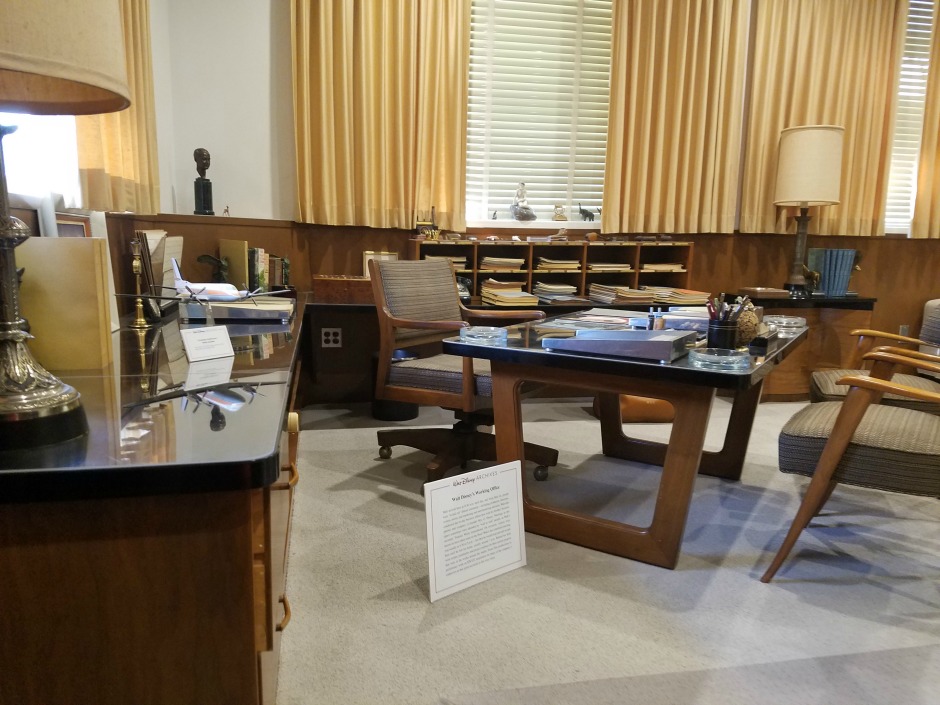 Walt usually gets into the office every day at 8:30 am, this is where he held day-to-day meetings with the artist, marketing, merchandising, producers, directors, etc.   His last meeting usually wraps up at about 4:30 pm then he moves on to reading and editing script till about 7 pm. 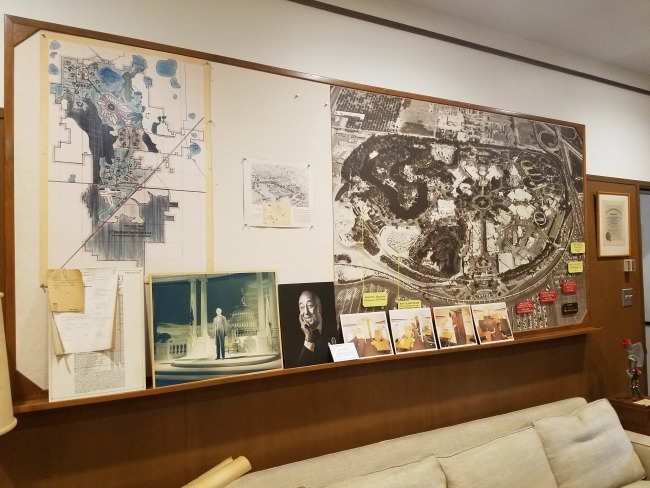 This is the same space where he did preparatory work for EPCOT. In that same office, you can see a map of Disneyland.  Noted on the map were coming soon attractions – Walt Disney, It’s a Small World (1966) and New Tomorrowland (1967).

As we stepped out of his working office, we walked into a lounge style room with a kitchenette. We were told this is where Walt would relax and unwind on days that we were working late. This kitchenette is where Walt made some of his favorite dishes, like his Chili dish. Of course, we couldn’t resist looking inside his pantry, which had a few cans of Spam, Green Giant Niblets,  Hornell Chilli, Gebhardt chili with beans, and other Walt favorites.

Walking through the office of Walt Disney, I couldn’t help but be inspired. This is the space where he sat and worked on some of his award-winning work. Speaking of awards, Walt had 960 awards and some of them were on display in his office. Exploring Walt space was definitely one of the highlights of this press trip.

When we were done exploring Walts’ space, we participated in a Peter Pan scavenger hunt in honor of Peter Pan Anniversary Edition DVD release. Sadly, we didn’t win but it was a great team building exercise plus it gave us an opportunity to further explore the Disney lot and enjoy the premises.