To be honest, before this interview, I didn’t know who Phoebe Waller-Bridge was but standing almost 6 feet tall, it’s hard to miss her. She walked into the interview beaming with excitement. Phoebe Waller-Bridge plays L3-37 a sassy, self-made droid and Lando’s co-pilot on Solo: A Star Wars Story. She’s not only an actress, but she’s also a writer and producer.

Phoebe Waller-Bridge is L3-37 in SOLO: A STAR WARS STORY.

Prior to getting the role of L3-37, she hadn’t seen any of the Star Wars films. She had heard about them but just didn’t feel a need to watch the films. However, the fact that she hadn’t seen the film helped her nail the audition because she wasn’t aware of what a droid is supposed to do or act like. Getting the role was a surprise to her and it didn’t actually sink in until she walked onto the Millennium Falcon and screamed with excitement.

To prepare for the role, she was costumed fitted for a green suit to help capture movements, but ultimately she had to just be herself, a human or in this case portray a human-like droid. 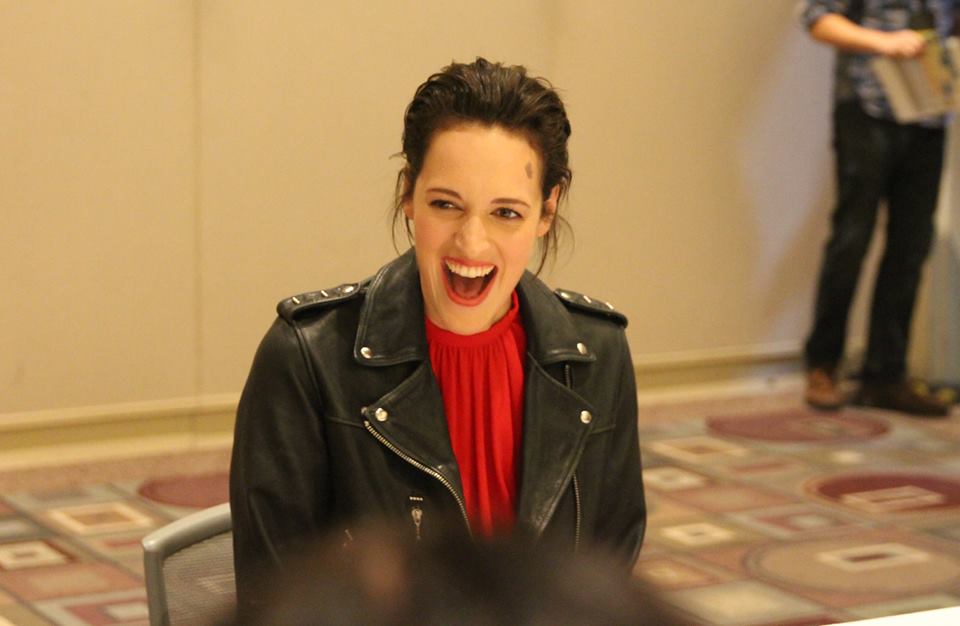 During the whole process an important lesson she learned from her co-star,  Donald Glover is how to be present, live in the moment and let her instincts lead. Like everyone else we interviewed,  Phoebe Waller-Bridge enjoyed working with Director Ron Howard because he is brilliant and offered a safe and enjoyable environment.

Most of all, she wants people to know Solo: A Star Wars Story is about “celebrating individuality and individual causes and having the courage of your own convictions”. And I couldn’t agree more.

To read more on Solo: A Star Wars Story, come back on tomorrow for an interview with Woody Harrelson (“Tobias Beckett”)