When I was in San Francisco last week for a press trip, I saw an episode of ABC’s new competition series, “The Toy Box” which will premiere tonight Friday, April 7 (8:00–9:00 p.m. EDT). I know what you’re thinking, another reality show but bear with me. “The Toy Box” isn’t just any reality show, think Shark Tank with kids being the judges.

“The Toy Box” gives inventors an opportunity to present their toy concepts to a group of mentors. The mentors are comprised of industry experts like Dylan Lauren (owner of Dylan’s Candy Bar), Jim Silver (renowned Toy Guru) and  Jen Tan (Creative Director of Consumer Products at Pixar). If all goes well and the inventors can get past the mentors, they will move on to The Toy Box where a panel of young judges decide which toy moves onto the finals and eventually crowned the winner. 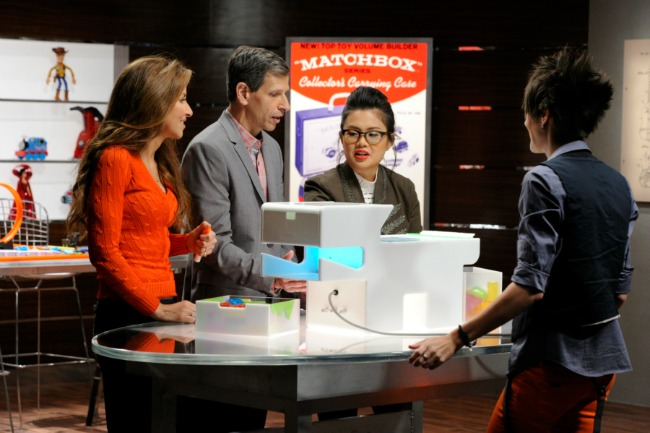 In anticipation of the show premiering tonight, I  got a chance to talk to Jen Tan, one of the mentors on the show. She shared why she was chosen as a mentor and what it was like working on the show. 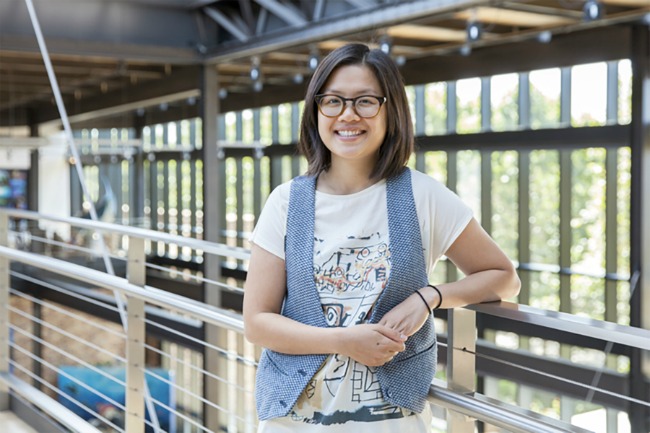 Did you have a background in toys before you came to Pixar?

Yes. I went to school for toy design. I went to FIT, Fashion Institute of Technology. They have a two-year toy design program. And it’s very specific. I think there are only two or three new programs in the country. I started off as a toy designer, then I got a job at Disney Consumer Products, right out of school. After that,  I worked at Spin Master for a little bit and worked on some actual toy designs. Then,  I came here (Pixar) to work on more toys.

What is your favorite toy of like all time?
I have to go back to like when I was a kid. I mean, I love plush, I love stuffed animals. That’s just my favorite thing. But as a kid my favorite toy was, it’s a little geeky. But when I was growing up I had a Texas Instruments Speak and Spell. They don’t make them anymore. And it’s one in ET. And I used to carry that thing around with me all the time. ‘Cause I grew up, my parents are both immigrants. So English wasn’t my first language. And I actually attribute learning English and spelling to that toy. That was my favorite toy, growing up.

5 Reasons Why “The Toy Box”

will be one of the most delightful shows on TV

Frankly, the show had me in stitches.  I laughed,  cried and sympathized with the toy makers as they move on with their journey. As a parent, it was interesting to hear what the kids thought about each invention and why they made the decisions they made. I was especially taken aback by a comment the kids made, i.e “We already have an American Girl Doll”, when referring to racial representation and diversity within the doll industry.

I am excited to check out the show with my girls and get their take on it. We will make it a fun family night and give my girls the opportunity to be the judges, I think they will enjoy being in charge and seeing if their toy makes it to the final rounds.

Disneynature’s Born in China: An Ode to China’s Wildlife