Red White and Blue Patriotic Cupcake in a Jar is a moist layer of cupcakes frosted with creamy homemade cream cheese frosting. 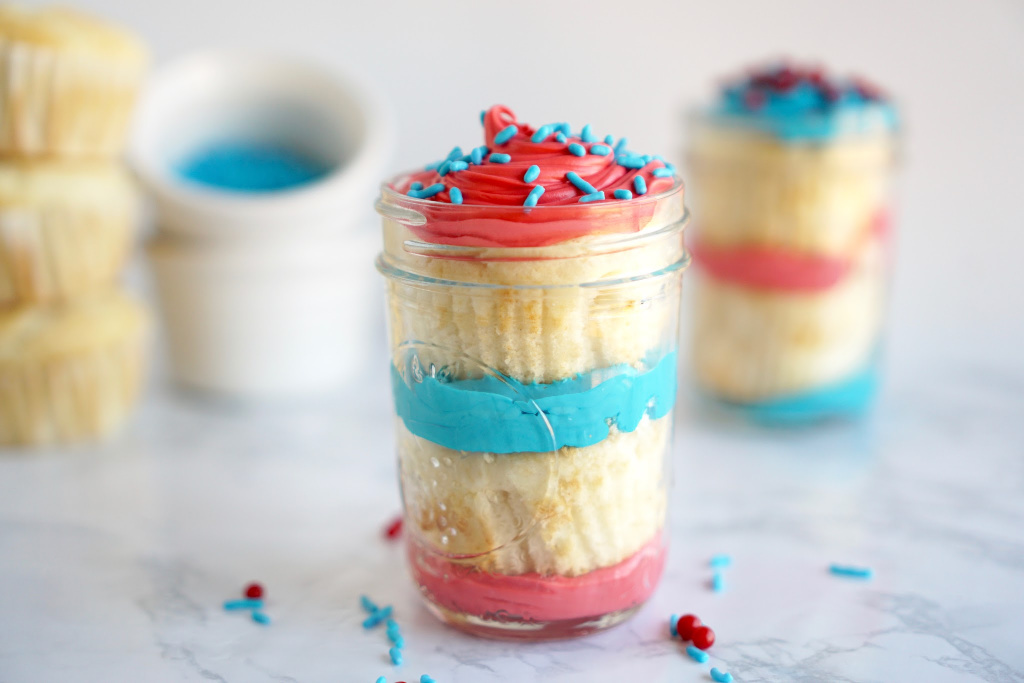 Red White and Blue Patriotic Cupcake in a Jar

Yes, a fun and festive way to celebrate the 4th of July isn’t just limited the food, dessert is a must, and this cupcake will be a beautiful addition to any festivities. Show off your American pride or let this Red White and Blue Patriotic Cupcake in a Jar be the main star of your Memorial Day or July 4th festivities.

How to Make Cupcakes in a Jar

Assembling this is relatively easy and depending on what you’re using it for you can make it as straightforward or as complicated as you see fit. This also makes great gifts or favors for weddings and birthday parties. Each jar contains two cupcakes with cream cheese fillings.  Pipping these works best with a bag although you can probably scoop in the filling but it won’t have the same effect and might prove rather tricky and messy. For these, we opted for 80z jars, but you can also use smaller jars which means just one cupcake per jar instead of two. Keep in mind though that this recipe will yield 30 cupcakes which end up to be 15 cupcake jars total. 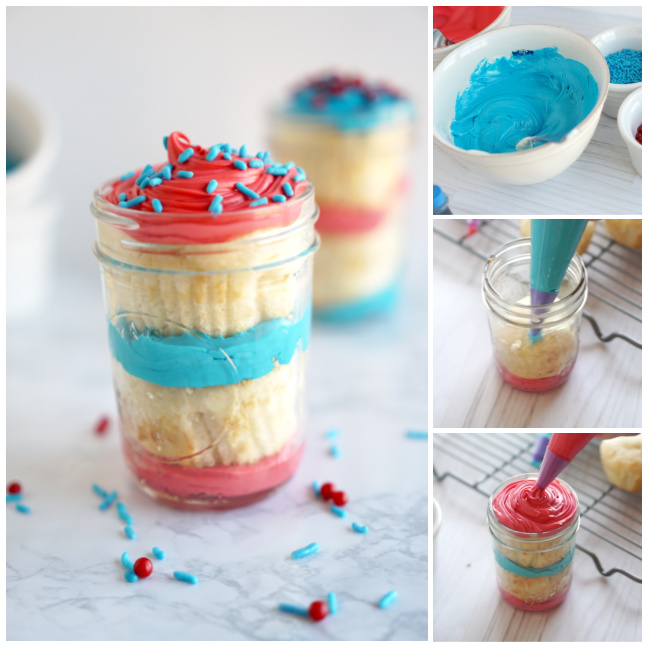 4th of July Cupcakes in a Jar Tips

If you’re gifting these, tie a disposable spoon around it and add a bow for a lasting impression. 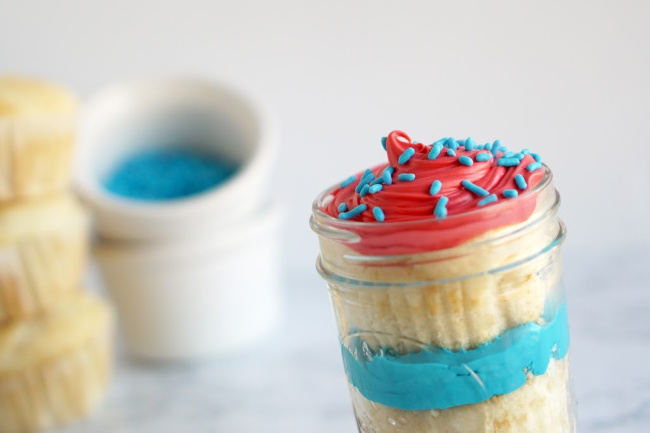 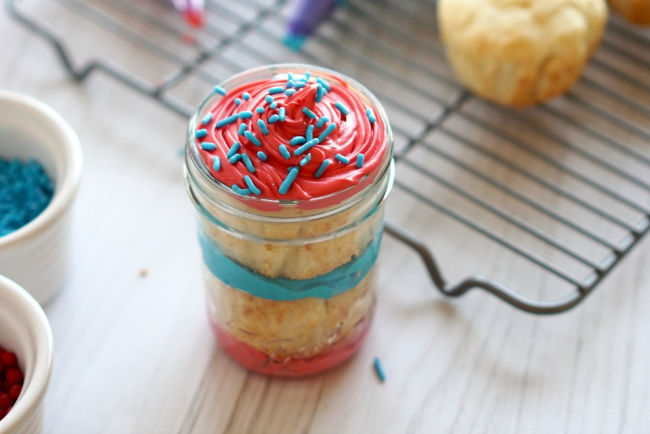