Fashion and tech at some point was an oxymoron but not anymore and I’m glad to welcome the change. The International CES 2014 show floor was filled with tech companies finally embracing the fact that women care as much about technology as men do and they are starting to design with women in mind. 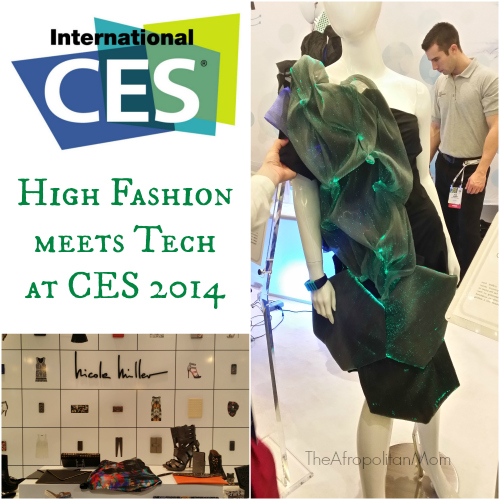 I’m not talking about painting it pink and calling it female version, some of them actually thought about it functionally, and just how practically it would be for us. Below are highlights of some companies that are making an effort to include women in their thought process. 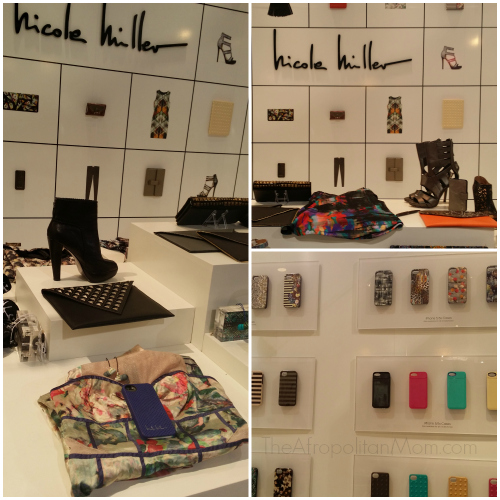 iWave had one of my favorite booth at the show, why you ask? Well they make mobile accessories for Nicole Miller, Dabney Lee, and Waverly just to mention a few. Above is a glimpse of their Nicole Miller collection, and that studded leather clutch you see in the picture is actually a tablet case, can you believe that, so chic. The accessories matches her line perfectly, it was beautiful.  Prices starts at $29.99 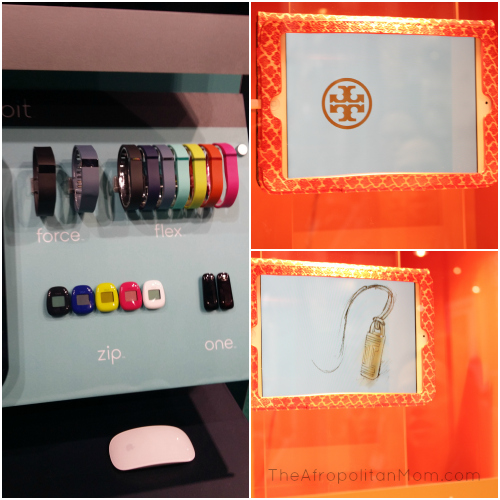 Fitbit is working with Tory Burch to turn their Flex fitness tracker into fashionable accessories.  The picture above shows the sketch they’re working on and from the look of it, it will have Tory Burch’s signature colors, prints and designs. They couldn’t give me the price because it’s still in production and they didn’t have anything to show us at the show. Its a concept they are currently working on and hope to debut it Spring 2014. I am excited to see the final product, because I know it will be well executed. 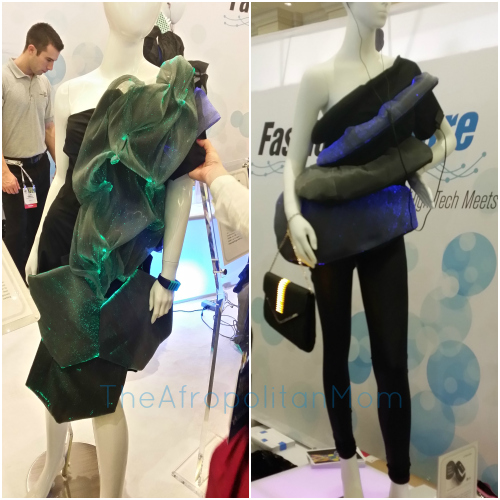 Rainbow Winters partnered with InnovationFab and Sensing Tex to showcase a few wearable tech pieces. The showpiece on the left is called Rainbow Riot, its crafted from Luminous Tex and it has an embedded pressure sensor, so the wearer can change the color of the dress depending on their mood. I believe the piece on the right is called Morphing Planet and that also has the ability to change color based on mood or surrounding. 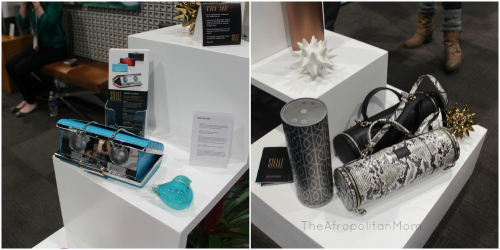 I met STELLÉ Audio Couture at CES Unveiled NY so I was glad to see that they’ve add a bit more to their collection. While at their booth, the two accessories that stood out were the audio clutch wireless speakers and the audio pillar, which had a sexy carrying case .  STELLÉ audio partnered with Rebecca Minkoff for a limited edition audio clutch, that are just too cute for words. They’re onto something there, and I’m excited to see where they go from here.

There you’ve it high fashion meets tech at CES 2014.

Today, I’m linking up with Musings of a Housewife