Raspberry Apple Tart is the perfect twist on the traditional apple pie. 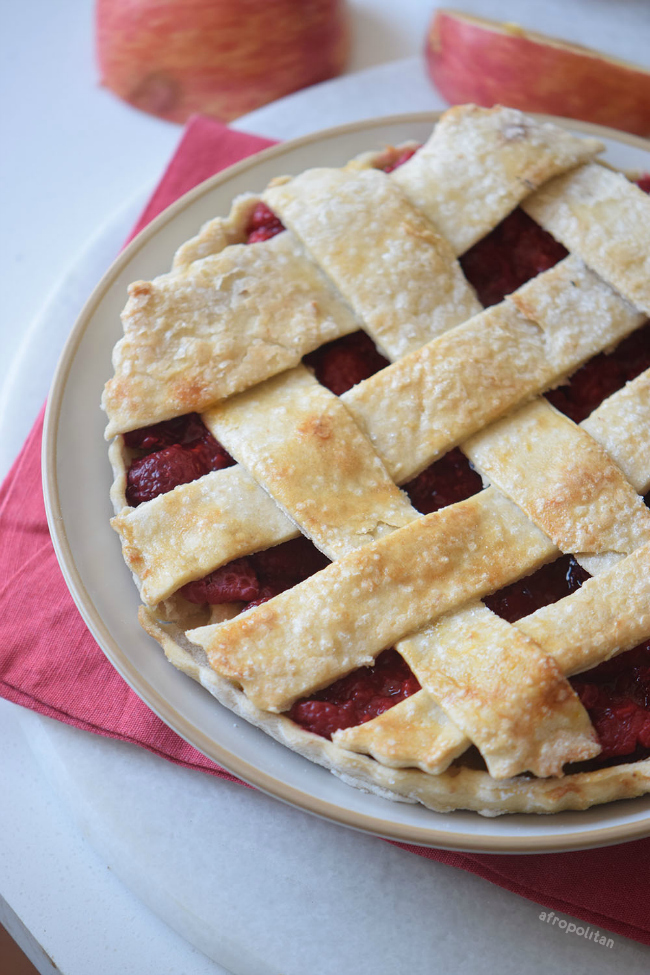 I’m going to be completely honest with you, I love apple pies, however after having a million pies during this past holiday season it hit me that while the traditional is good, sometimes it’s better to experiment a bit in the kitchen.

So armed with crusts and fillings, I decided to experiment my way into different pie options. I wanted to keep the tried and true like the buttery crust and the beautiful lattice while also incorporating some different ingredients that were unexpected. And you know what? It was a complete success! As in so good, I can’t stop making it! 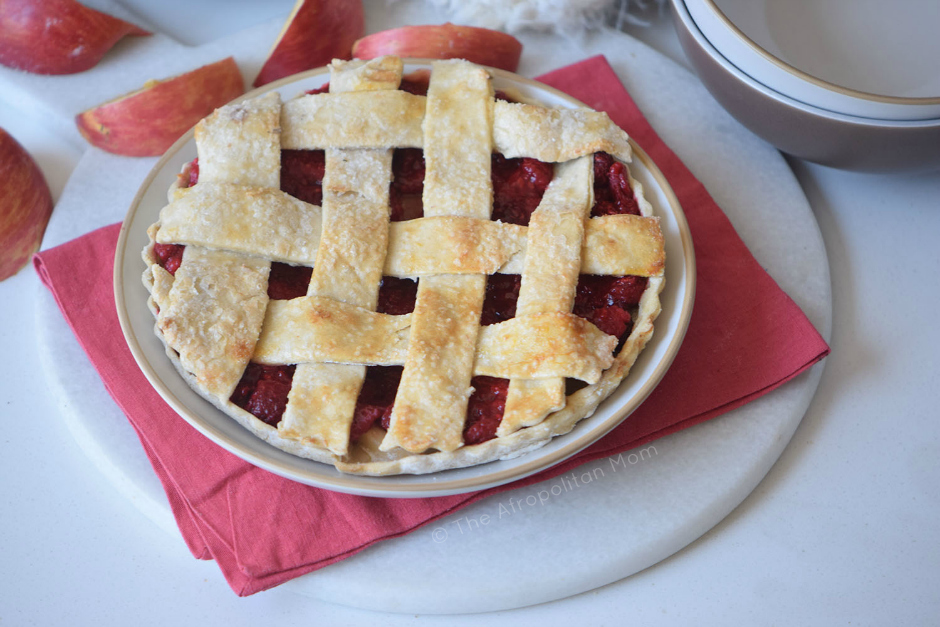 The flavor my friend, the flavor of this raspberry apple tart is just to die for. This has all the delicious fall flavors of a traditional apple pie + the citrus and freshness of a raspberry pie. The combo is so mouthwatering you’ll see everyone reaching for another slice! Needless to say, this recipe is a total crowd favorite. It’s also really refreshing for everyone since it’s not the traditional flavor combo that people go for during this season (trust me that’s appreciated when you are on your third party and the only dessert you’ll had is apple pie).

Since the berries are not in season I go with the frozen ones; the result is just the same as if you used fresh ones since we are going to be baking them. Also, sprinkle everything with a bit of spice. There’s nothing more delicious that the warmth of the cinnamon mingling with a hint of vanilla.

And if you are short on time, don’t worry you can totally make it ahead and freeze it and once you are ready to eat it just take to the oven and bake. 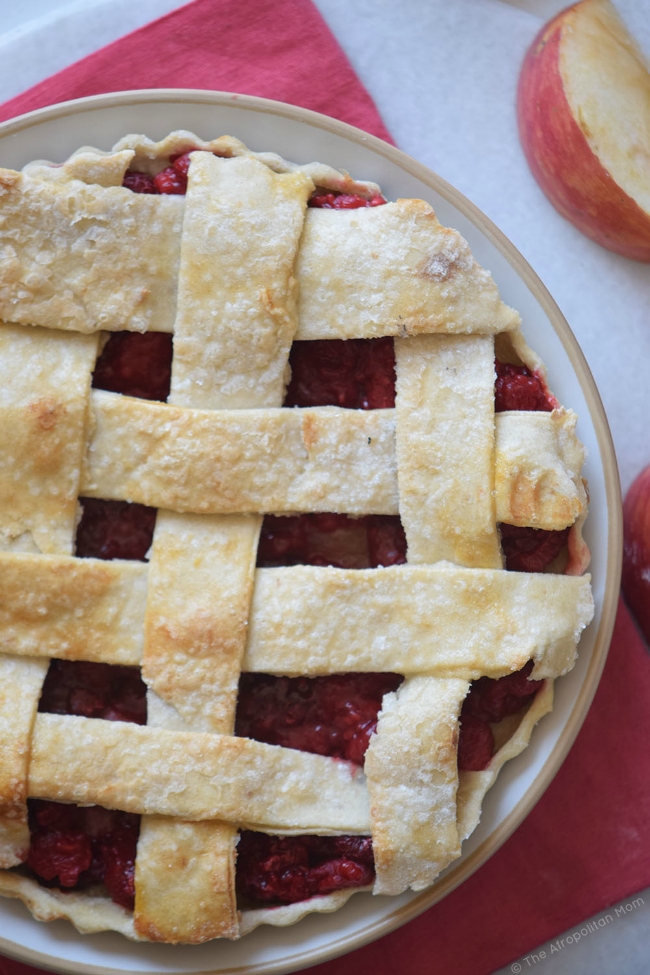