I was recently invited to visit the Pixar Animation Studios in  Emeryville, CA an opportunity that isn’t given to anyone. To be honest, I didn’t think I would ever set foot on the Pixar campus except maybe if I applied for a job there. 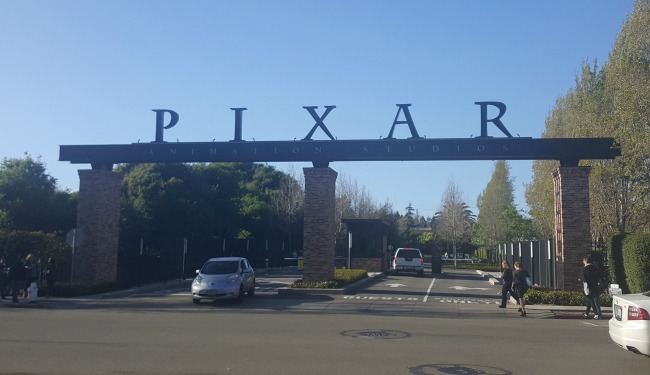 Since joining the workforce, I enjoy reading articles about best places to work, best company in NJ, etc. After having kids, I switched my focus to best company for families, best company for working moms, etc I would often imagine what it’s like to work at one of these companies. Well, lo and behold, I got a chance to tour Pixar Animation Studios last month while I was in California. I was pretty impressive at the perks and amenities the campus had to offer.

Pixar Animation Studios, a Place to Work and Play

As we entered The Steve Jobs building and into the atrium, the open space layout was inviting. 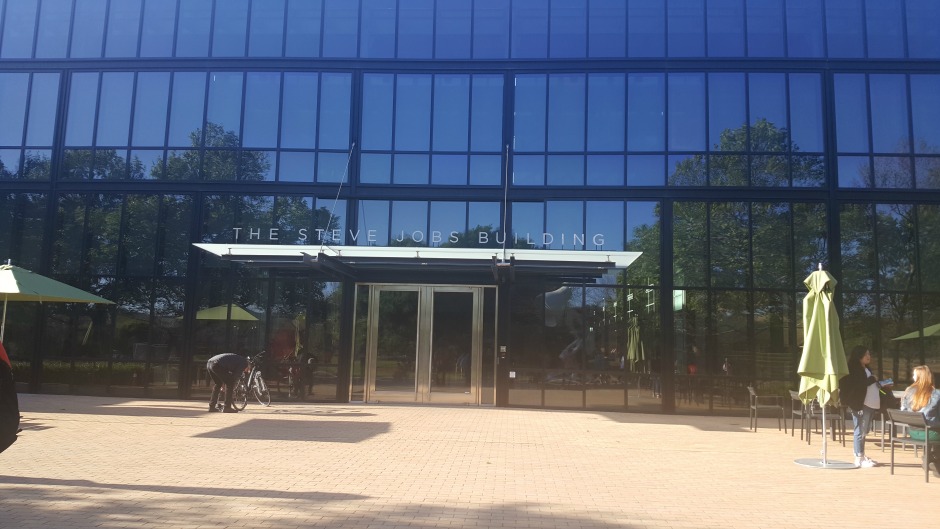 We were greeted at the door by a status of The Incredibles on our left. 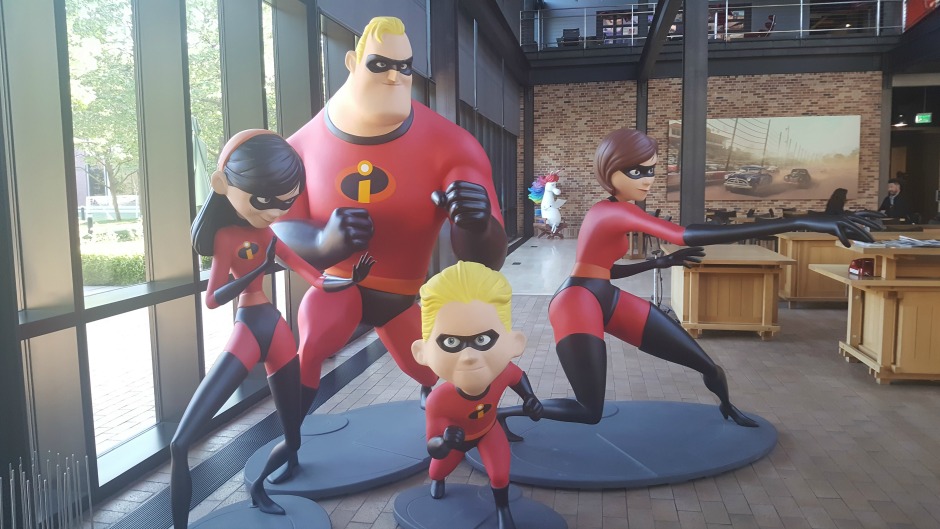 A few feet from The Incredibles is the front desk and a lego statue of buzz light years and woody from Toy Story. As we walked into the Atrium, I couldn’t hide my excitement. 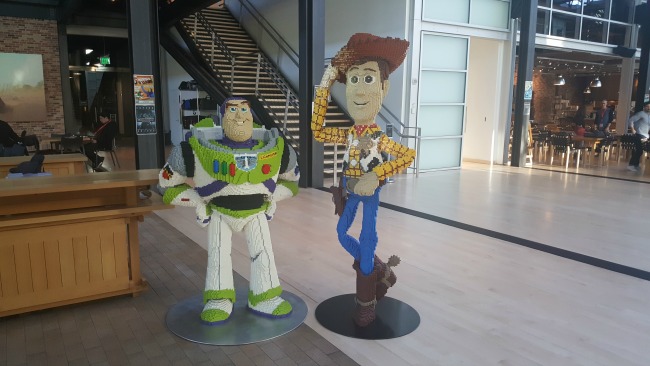 Some of the people in the atrium are the genius behind movies like Toy Story, Finding Nemo, Cars and Inside Out. 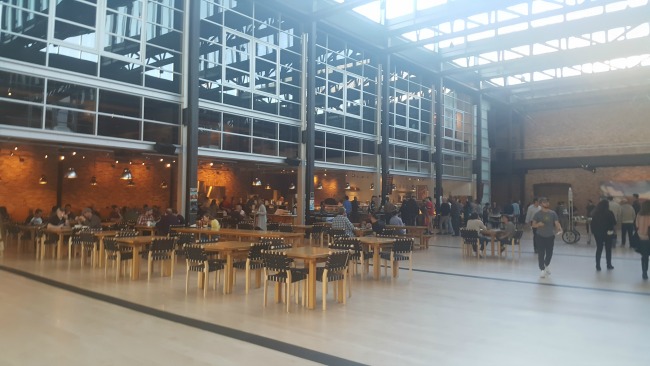 We were there during lunch, so we had a chance to see a lot of the employees. The atmosphere was friendly and a lot of the employees were pretty laid back.  A few people were seated at the cafe, which offers healthy gourmet meals at a reduced rate. I wasn’t really hungry, but I couldn’t pass up the opportunity so I had sesame chicken, kale salad, couscous, pineapple and sugar cookies. I washed it down with Blood Orange – DRY Sparkling water. 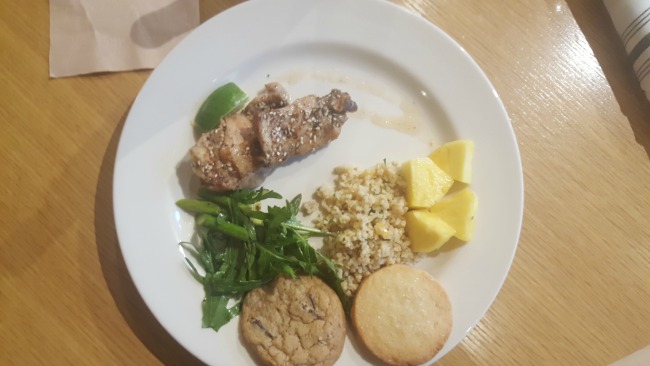 To our right, is a trophy case with Oscars, and golden globes for a few feature film like Ratatouille, WALL-E, UP and Toy Story 3.  Also in the award showcase is an injured woody with an interesting back story. 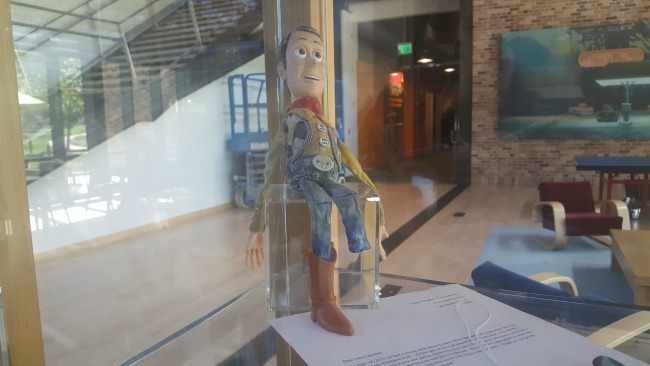 We also got a chance to explore the campus. From fitness center, basketball court, tennis court to an onsite swimming pool. Pixar makes sure their employee’s health is a priority. I also spotted a soccer field. 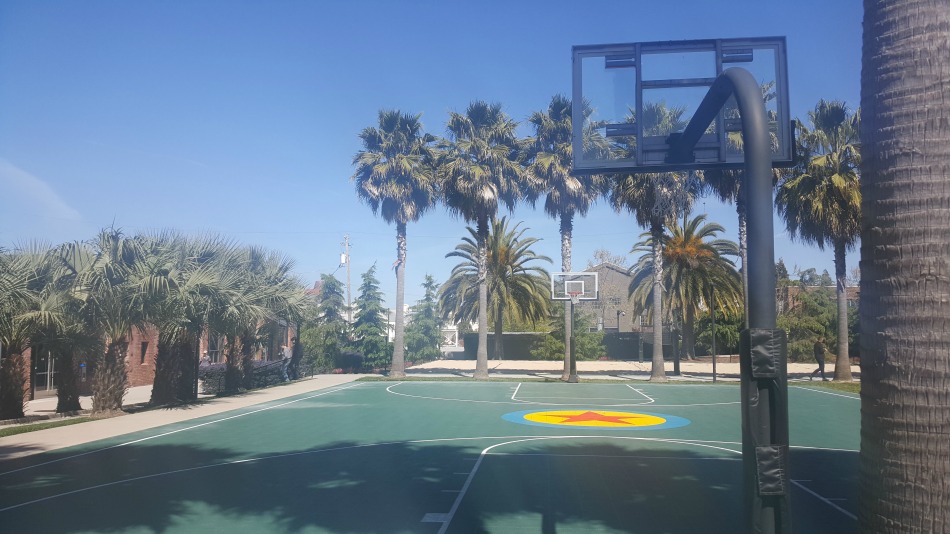 I remember working at a company that once had a gym and I hardly ever saw anyone use it. However, I was surprised to see a few people swimming in the Pixar pool. On the field, I noticed a group taking yoga classes. Yes, Pixar offers onsite fitness classes to anyone that’s interested. Imagine that. 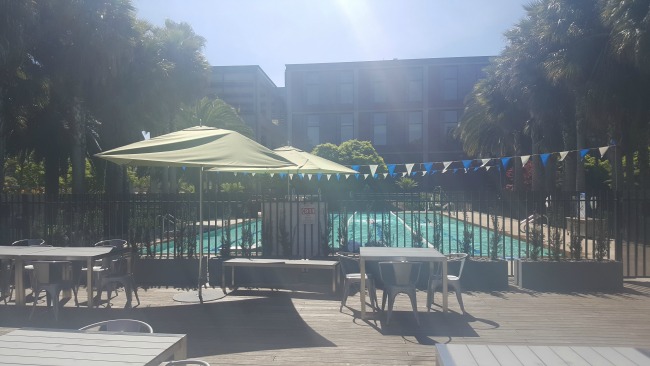 A tour of Pixar Animation Studios

As we made our way into the Brooklyn building. We were greeted by Bing Bong. 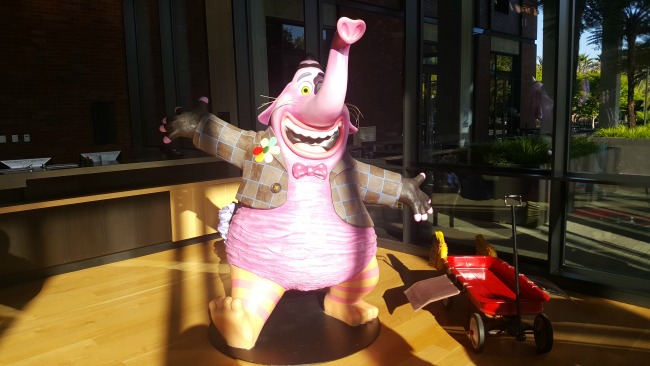 We weren’t allowed upstairs where all the magic happens, but that didn’t deter us.  The walls were decorated with beautiful paintings based on some of the films Pixar were known for. And don’t forget to look down, because hidden in the tiles were various characters. 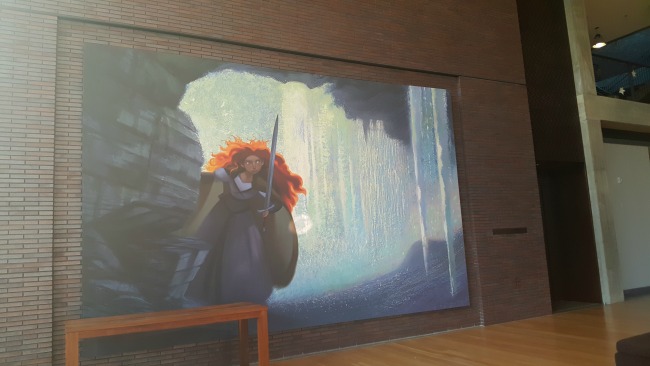 Not to be missed are the beautiful iconic pieces all over the building and lunch room. Right behind this sculpture is the recording studio, sadly we weren’t allowed to go in. The Brooklyn building has it’s own cafeteria as well. 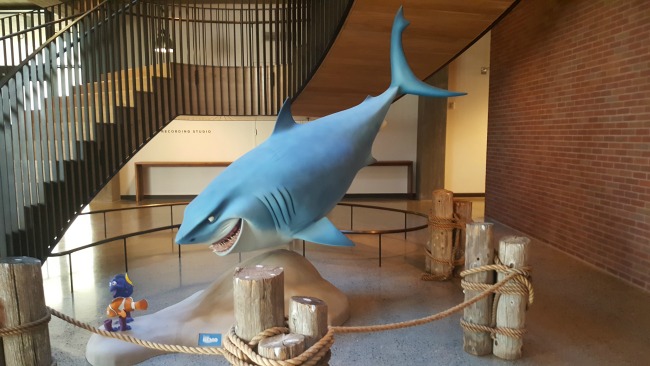 I almost forgot at the entrance of the Steve Job building is the famous Pixar lamp (Luxor Jr.) and Pixar ball (Luxor ball). You can’t miss it. 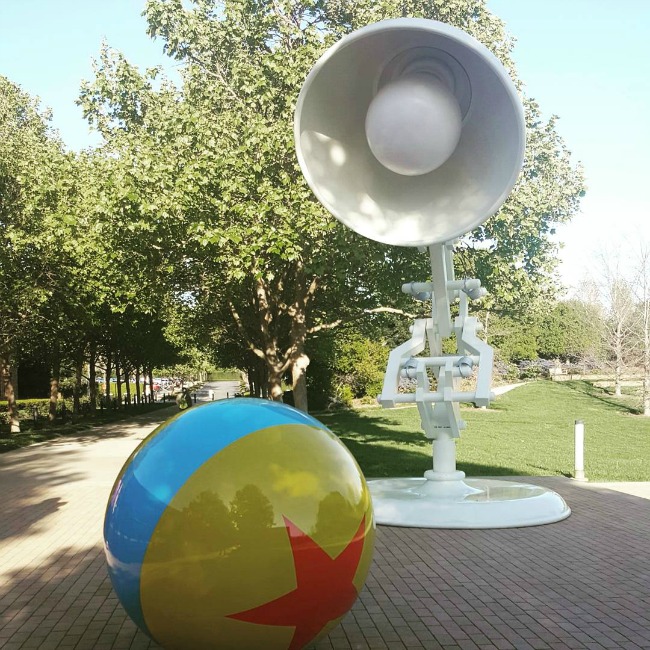 It’s iconic and the perfect backdrop for a group picture. 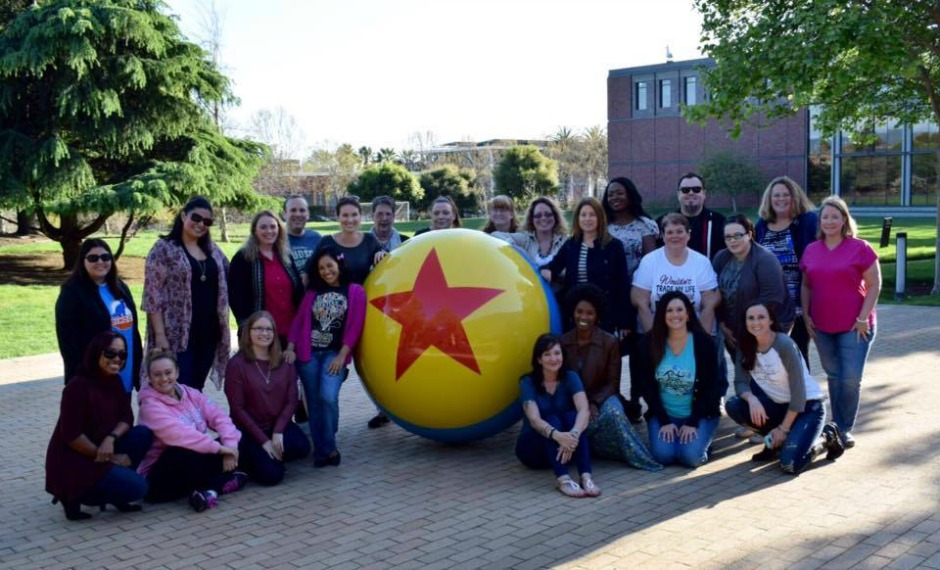 Walking around the Pixar campus, we couldn’t help but notice a number of interesting surprises at every corner. The road leading up to the campus had Cars 3 decal on the floor and each building had a character at the top of the building, one of the building had a Seagull from Finding Nemo. On the floor, we spotted a few hidden Pixar character silhouettes.  It was a journey into history and it was fun to follow the story and even more exciting to find out what could be at the next corner. 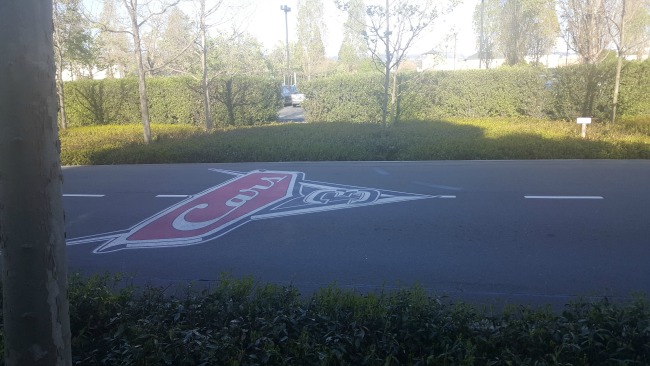 ‘Puppy Dog Pals’: 4 Things Every Parent Should Know
A Day at Sonoma Raceway + Meet the NASCAR Legends in Pixar’s Cars 3