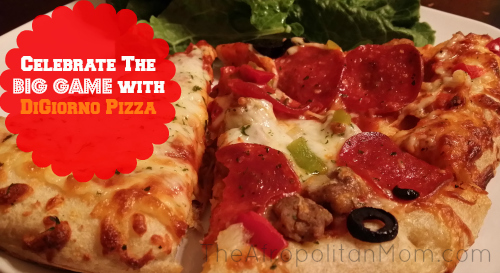 Celebrate The Big Game with DiGiorno Pizza. If you’re married to a Football fanatic like I am, then you know how hectic the past couple of months have been. At first we were rooting for New York, but then they bow out. We switched our focus on Philadelphia but you all know how that ended. This last weekend, we rallied behind Denver and we finally had a winning team. So yes, its been a stressful couple of weeks. All throughout the stress and anguish of a losing team, one thing has been consistent – celebrating with the family. Yes I have one of those families that talk trash and thinks their team will make it to the end, its all fun and games and in between the madness we enjoy a slice of Pizza. So in getting ready for the Big Game, I head over to Walmart to stock up on a few game day essential.

One of my picks is the New DiGiorno Pizza currently on roll back at Walmart for $4.50, can’t beat that sweet deal. 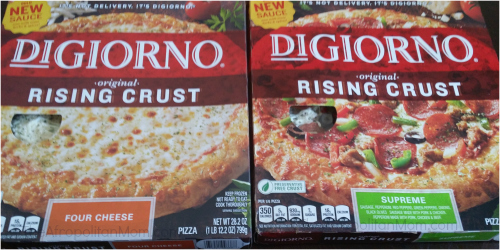 Right out the box,  I noticed the freshness of the toppings. The sausage, pepperoni, red peppers, black olives were vacuumed packed to ensure freshness. Best part, it was super easy to make – 400 degrees and roughly 20 minutes later we were ready to chow down. 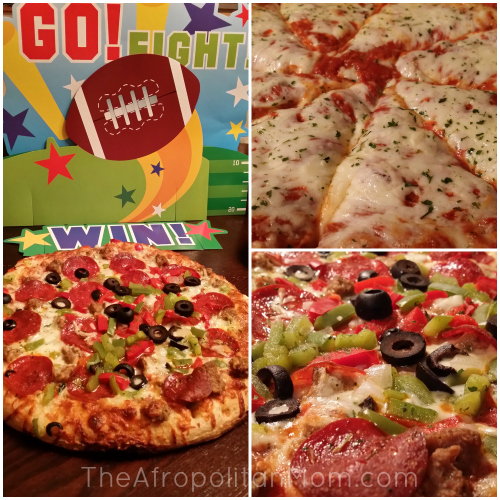 Nestle has made some changes with a bold new sauce with more herbs and spices, but one thing stayed the same – the delicious taste of yummy goodness. Unlike, our New York and Philadelphia football team the DiGiorno Pizza definitively delivered.