The Black Panther reviews are in and the consensus: Riveting. The overwhelming positive review of Black Panther was made possible by the stellar performance of the talents involved. Two of those talents are Lupita Nyong’o and Danai Gurira, who played Nakia and Okoye. At this point, it’s no secret that these ladies kicked butt, literally and figuratively in the upcoming Marvel film Black Panther. 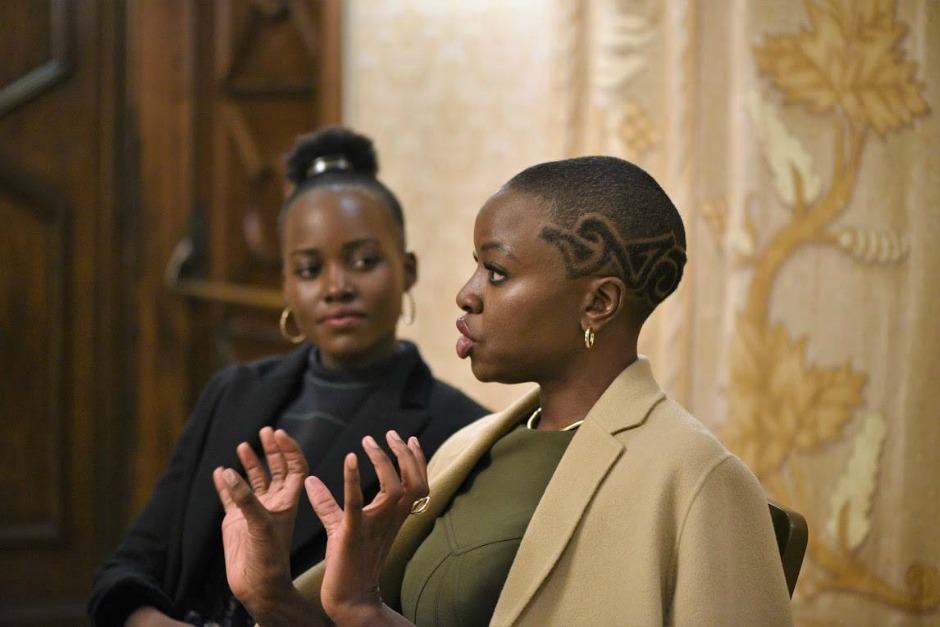 While in Los Angeles, we got a chance to talk to Lupita Nyong’o and Danai Gurira about their role Black Panther.

Check out clip below, where the ladies talked briefly about their characters then read on for the full interview with Lupita Nyong’o and Danai Gurira:

How you identify with your characters?

Lupita Nyong’o: I identify with Nakia’s independent spirit and her loyalty to her country.  She’s the chosen warrior of the River Tribe.  She’s also a war dog, an undercover spy but as a warrior, as a leader of her tribe I think it means a lot to her to make her people proud and I understand that. I relate to that and I think that was my in to figuring out who she was and I love a woman who is on a mission to make a difference.

Danai Gurira: I definitely related to her power and purpose. She has been purposed since she was quite small. So I could really relate to that about her, about the way that she is so dedicated to her nation and so dedicated to her people and really holds, you know, responsibility, the idea like to who much is given much is expected and I feel like she considers Wakanda like this gem that she has been given to perfect and so she really takes that on as something that is priceless and that she cannot let slip. I think that’s really something that really connected me to her. There were so many things to connect to because she is and I am an Africanist.

How did you prepare for the fight scenes – training-wise?

Danai Gurira: Yeah, we trained a lot.  Michael was my guy. Maddie was hers and they’re just awesome, awesome guys.  They really were so smart with how they crafted with Ryan. These two women are different — their fighting styles are very different. Mine is very traditional. Hers is get the job done, using spear doing forms that have been in Wakandan tradition for generations.  We occupy our own space and then going into battle together everyone has a different strength to bring to the table and I think that was a way to make fighting extremely rich, you know, and full of culture in of itself. It’s very specific.

Lupita Nyong’o: It was tedious but fun. The training was a big part of getting into character because understanding how someone fights reveals a lot about, you know, what their values are and who they are and so when we were first talking about Nakia’s fighting style Ryan said to me she’s street and that was really all I needed so by any means necessary she will use any weapon.  They don’t use guns but Nakia has no problem using guns, you know. She will use her shoe. She will use whatever. She will grab whatever it takes to get the job done and just and then that again is another way that when we put together we stand in solidarity, you know. 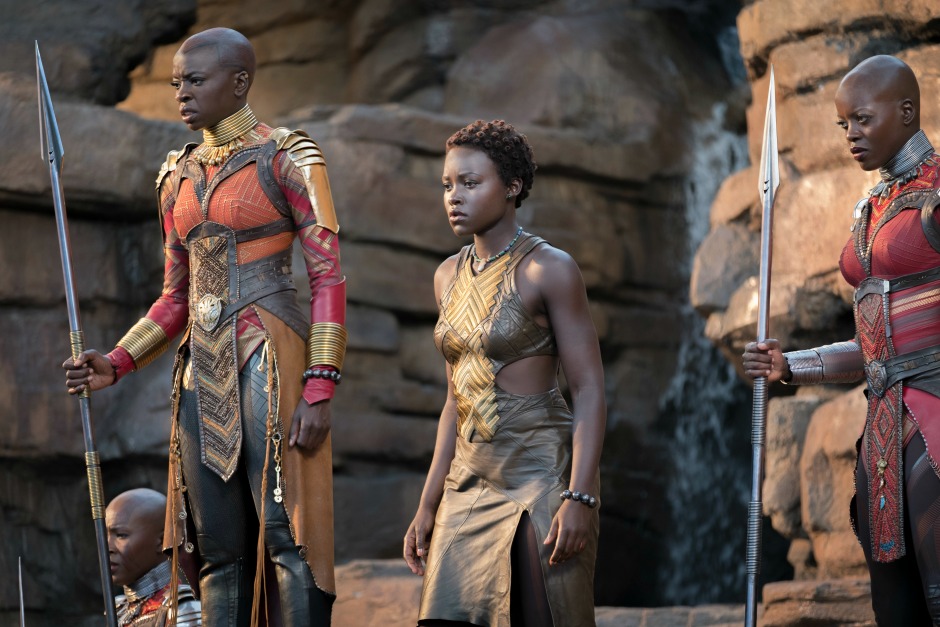 What does it takes to bring these strong female characters to life?

Lupita Nyong’o: Well I think for both of us especially when we’re dealing with African representation in story we feel such a strong sense of responsibility and desire, deep desire to see African women on screen that look and feel like we know them to be. And so with these characters we wanted them to be women that we know and like the women that I know are complex and they’re deep and they’re about something other than just the man in their lives and so I think that was really important to us.

It was also really important to Ryan as well to have women who are standing in their own in this movie because personally and I know Danai so well because I know  her so well. Women with agency and strength and strength does not mean an absence of vulnerability but it means that you understand, you have it in yourself to get yourself through things, you know, to seek help, you know, what I mean that is strength in itself is a very complex idea, you know, and so it was important to us that the women, whoever and however many lines you have that you come across as being full and that’s not hard if you just, if you commit to expressing humanity and not.

You know, we really get a sense of what Wakanda’s society is like and we see a society where men and women are participating fully in the development of the nation and in so doing they’re reaching their full potential and that’s good for everybody. 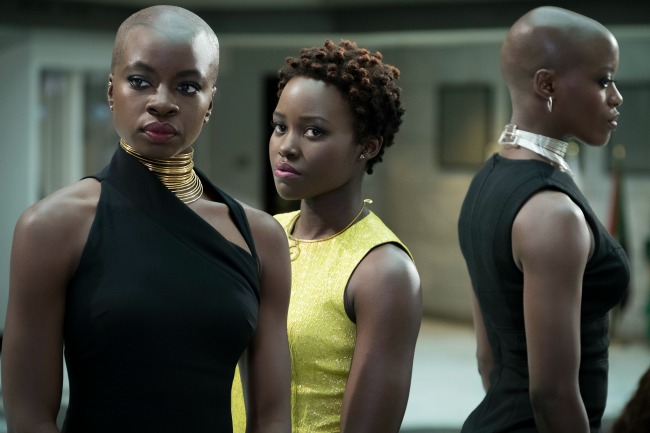 Hair and culture seems to make a statement in this movie, can you share how this came about?

Danai Gurira: Yeah, I mean I think the beauty is, you know, it’s such a celebration and I think that’s what’s so powerful to me about it because I don’t think as I was saying, you know, you often don’t see Africanisms celebrated and so I think that completely connects with the hair. I love what the hair department and the costume department did. They really pulled from real actual cultures and ethnic differentiations and how hair is celebrated across the continent traditionally and currently and, you know, I think there is something really powerful about all the ways that hair was represented there because I think there are so many things that tell us, you know, the thing that tells those of African descent or, you know, people who get categorized as the other that there’s one way that they should actually manifest themselves in society in order to be accepted or acceptable.

I mean it’s an argument I still hear every time I go to Zimbabwe sometimes. It’s like oh, my god they had dreadlocks and I don’t want to go to work with dreadlocks. It’s gotten thinner and thinner but it’s something that still needs to get addressed sometimes and there’s some issues even like we thought somethings we dealt with in the 60s. We thought we got with black is beautiful. We thought we got it and we haven’t. You know, it keeps coming back sometimes so I love that there are so many manifestations of that sort of expressions and, you know, with Nakia. Nakia’s got her little knots and then she’s got a fro, you know, what I mean and then and Okoye loves her bald head. It’s just like I loved that and like just this differentiation of expression and it all is like, you know, something that, you know, there’s things that only, you know, sometimes there’s something that only sisters can do. We can do the most with our hair than anybody really you know I mean and we can go bald too and it works. I think that is a celebration we’ve rarely seen exhibited in such splendor so that really excites me for people to see. 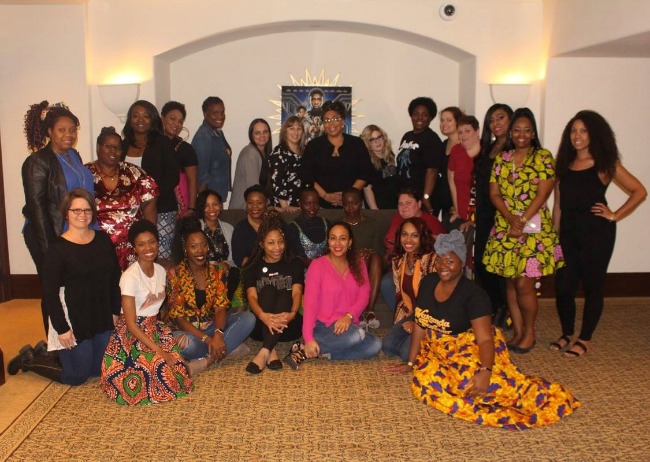 I enjoyed my time with these ladies, they offered insight into the movie that we wouldn’t have known about. They were open and willing to share and to that I am grateful.

The sound track for the film is currently available for pre-order.

Marvel Studios’ BLACK PANTHER is set to hit theaters on Friday February 16th. Make sure you buy your ticket.