Nutella-Coconut Fudge Balls. So a few days ago while cleaning out the pantry, I noticed a jar of nutella with an expiration date of July 2014.  With just a few days left in July, I had to come up with a way to use the jar before it expires. My first thought was to make an hazelnut spread everyday but trust me it’s a 26.5 oz jar, and we would need more than 4 people to finish it in a few days. 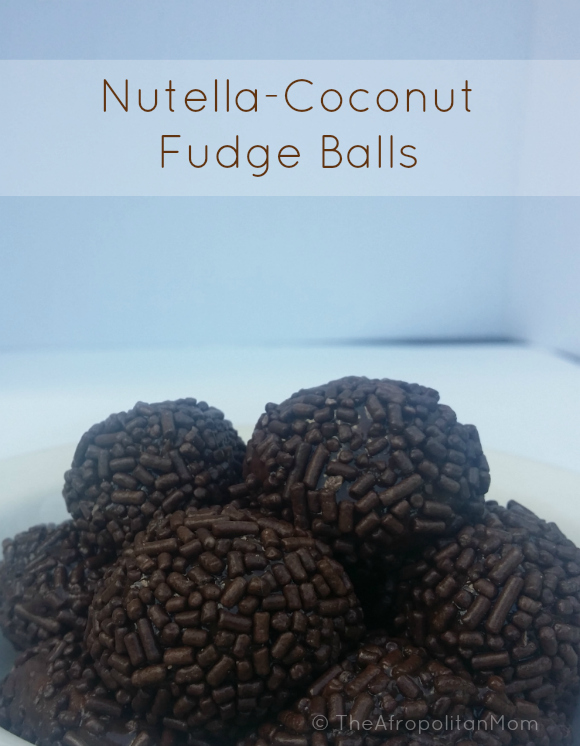 My daughter came up with the brilliant idea of making something with it, so I looked through the pantry and found some leftover coconut flakes from the time we made coconut candy balls. We had chocolate morsels in the house because the kids like it in their pancake, we added butter, milk and sugar and that’s how Nutella-Coconut Fudge Balls was born.  With this recipe, you get a nice marriage of coconut combined with the ooey-gooey nutella fudge best part the coconut isn’t too overpowering. It is an easy recipe to make as a family. Something to keep in mind though low heat is the secret to avoiding disaster when melting chocolate. So I had to be extra careful not to overcook the chocolate because it will become chewy and turn into caramel candy and if I under-cook it, it will be too soft and won’t be able to hold its shape. So finding a happy medium was interesting to say the least. To complete the process, I decided to toss the fudge balls in coconut flakes but since I didn’t have enough flakes, I ended up rolling some in chocolate dessert sprinkles. Overall both variation was a hit, I liked the one rolled in coconut and the girls liked the ones with chocolate sprinkles. I couldn’t figure out how many balls the recipe made because the girls were eating it as they rolled them in balls. I think next time, I will try rolling it in toasted coconut to give it a more crunchier coating. 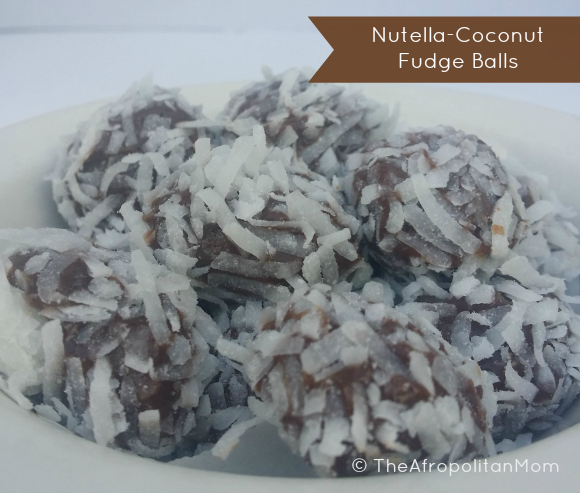