During my last Disney press trip, I got a chance to sit down with Mike Rich, a 15-year veteran screenwriter with credits such as Finding Forester and Secreteriat; Kiel Murray, one of the original writers of the Cars franchise; Bob Peterson, 23 year veteran at Pixar and star supervisor on Monsters Inc; Scott Morse, 12 year veteran at Pixar who has worked on some of our favorite movies, like Ratatouille, Wall-E, Brave, Cars 2 and now Cars 3. In chatting with them, I got a chance to learn how Cars 3 came to life. They also shared with us, the intricate art of storytelling and how important it was when they were developing the Cars 3 film. 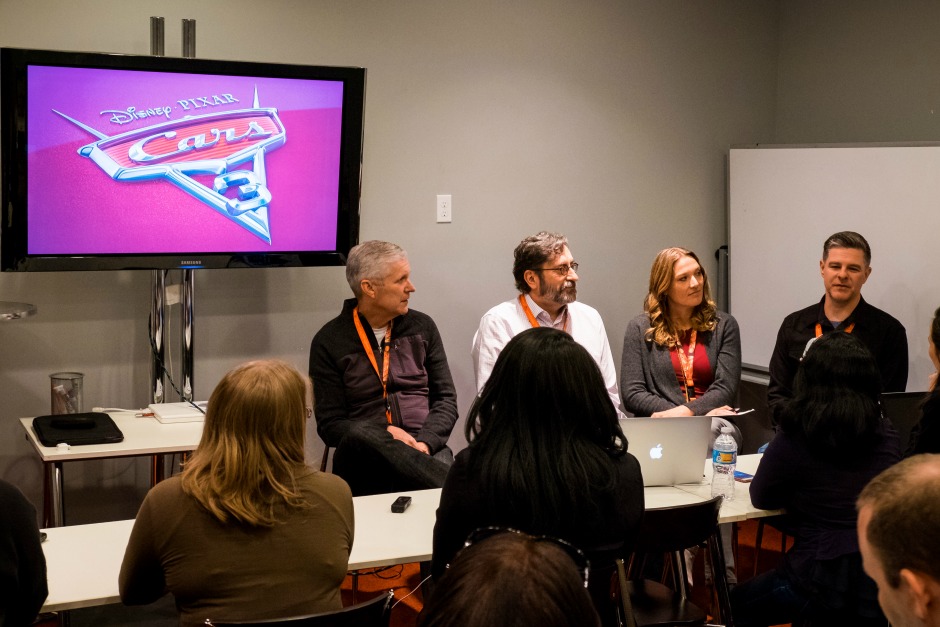 The Art of Storytelling with Cars 3

It was interesting listening to them tell the story of how Cars 3 was created and it certainly gave me a much deeper appreciation for the film. If you haven’t yet, check out the new Cars 3 trailer.