“In Zootopia, anyone can be anything.” So when it comes to designing the characters, we had a chat with Disney’s Animators – Renato dos Anjos & Chad Sellers on how they created each character and what issues they had with each design. In speaking with the team behind Zootopia, one thing was certain – A lot of research went into creating the film, including a field trip to Africa, Kenya to make sure each Zootopia characters were authentic.

In designing the animal, they made a choice to design each animal specifically for each species, which added a lot of complexity to the process. “When you animate a mouse, the process is different than when you animate an elephant, so each process had to be studied to figure out how each animal behaves,” said  Renato dos Anjos. 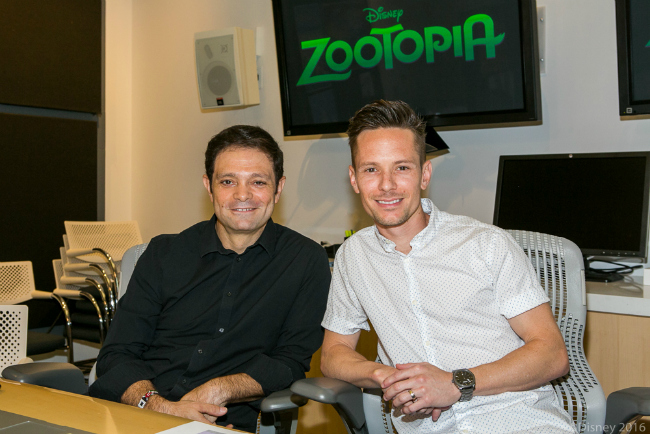 Renato dos Anjos: Unlike with other movies like Frozen, which involves human with many similar features and movement. With every scene, they had to research each movement, so it has an authentic feel. “Robin Hood had some of the best animations in my opinion, ever. Some of my favorite artists worked on that film. So we looked at that for sure, but we wanted our reference to come from real life, so went to Disney Animal Kingdom in Florida. We also went to an animal rescue facility, and I got to see a Fox for the very first time in my life.

Chad Sellers: When we animate films like Frozen and Tangled, usually animators have mirrors at their desk where we can look up close at what our faces or what our body is doing. But, we never get to study how a fox moves like that. So getting up close like this was really important for sure.

Renato dos Anjos: We also went to Kenya, spent about 11 nights there. We were working here for about a year. We looked at every single reference we could find, watched a lot of films. It was an amazing trip, but I wasn’t expecting to learn a lot, but I was amazingly surprised how much I ended up learning by going to Africa. My perception changed, the way the animals interact with each other is very different. You don’t often see how animals interact in their wild. The way the animals moved freely.  We studied how they interacted with their babies. It was a unique experience. I will never forget that. Bringing that knowledge back here, helped me perfect each character. 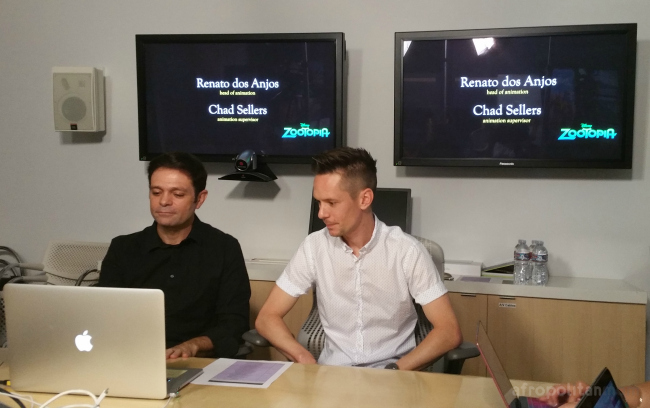 On character, that was the most challenging

Renato: Nick was the most challenging. We had to make sure he didn’t look like a person. We had to be very cautious and made sure it felt right by keeping his elbow close to his body like a fox would be.

It was definitely interesting to learn how each character came together and the amount of work and love that went into developing each of them. A lot of the animals behaviors in the film was based on an incident they experience while in Africa. For example, there was a scene with the bears scratching their backs on a tree, that was based on an incident that happened while in Africa.  If you look very closely to the movie, you will notice a lot of activities the animals engaged in are very similar to their natural day to day activities. Also, deciding if the voice compliments each character, that was an ordeal all in itself. 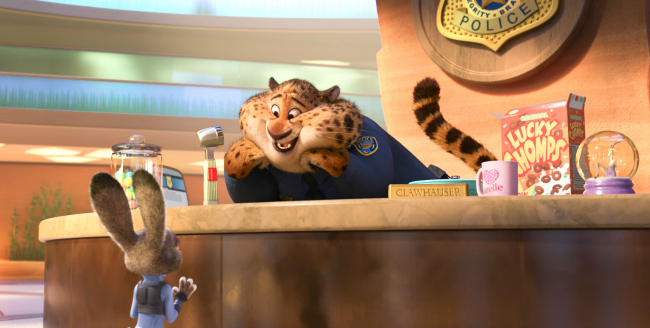 I will let you know on a little secret if you look very closely at Clawhauser, the Cheetah Cop, he has a hidden Mickey on his right cheek.

In conclusion, it takes a village when it comes to creating such masterpiece and it certainly gives me a different appreciation for each of these films.  Zootopia will be available on DVD/Blu-Ray Tuesday, June 7th. 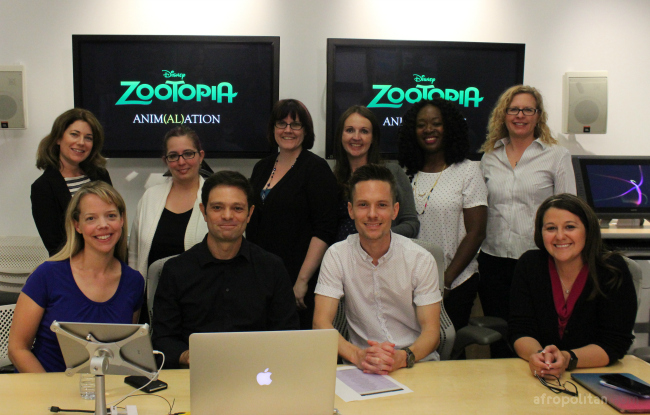