The first time I had Sopapilla Cheesecake Bars was at a company potluck. I noticed this caramel color dessert on the tray, so unassuming. I think I had walked by them a few times, opting for a brownie and whatever else was on display that day.  Then a coworker said, have you tried the ‘Sopapilla’, not wanting to offend her, I mumbled no and walked away. A few minutes later, she saw me going for my second brownie and suggest that I give it a try. Reluctantly, I picked one up and took a bite, OMG. This is cheesecake, I said. 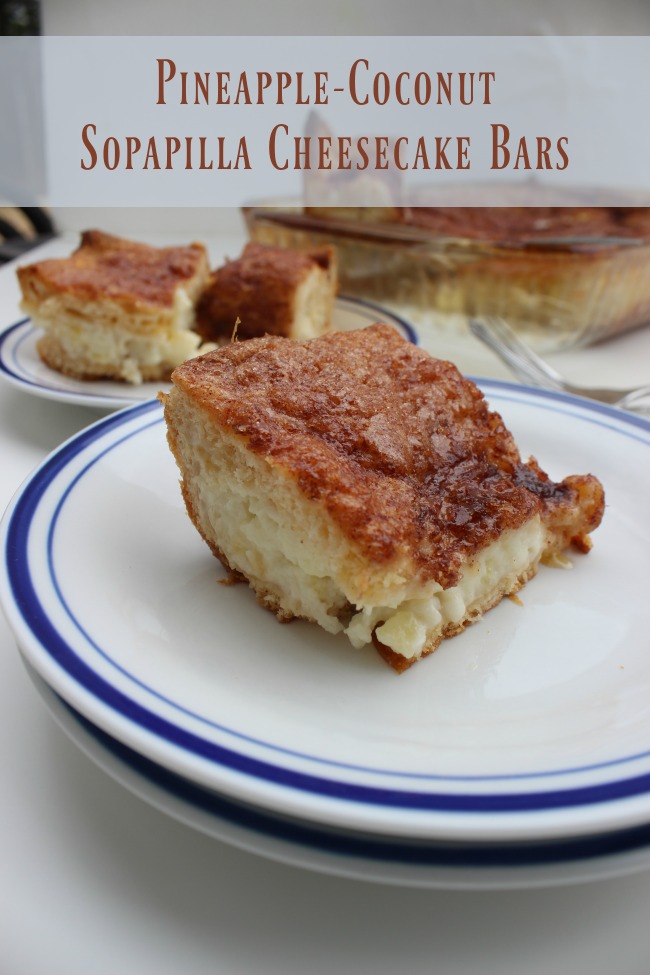 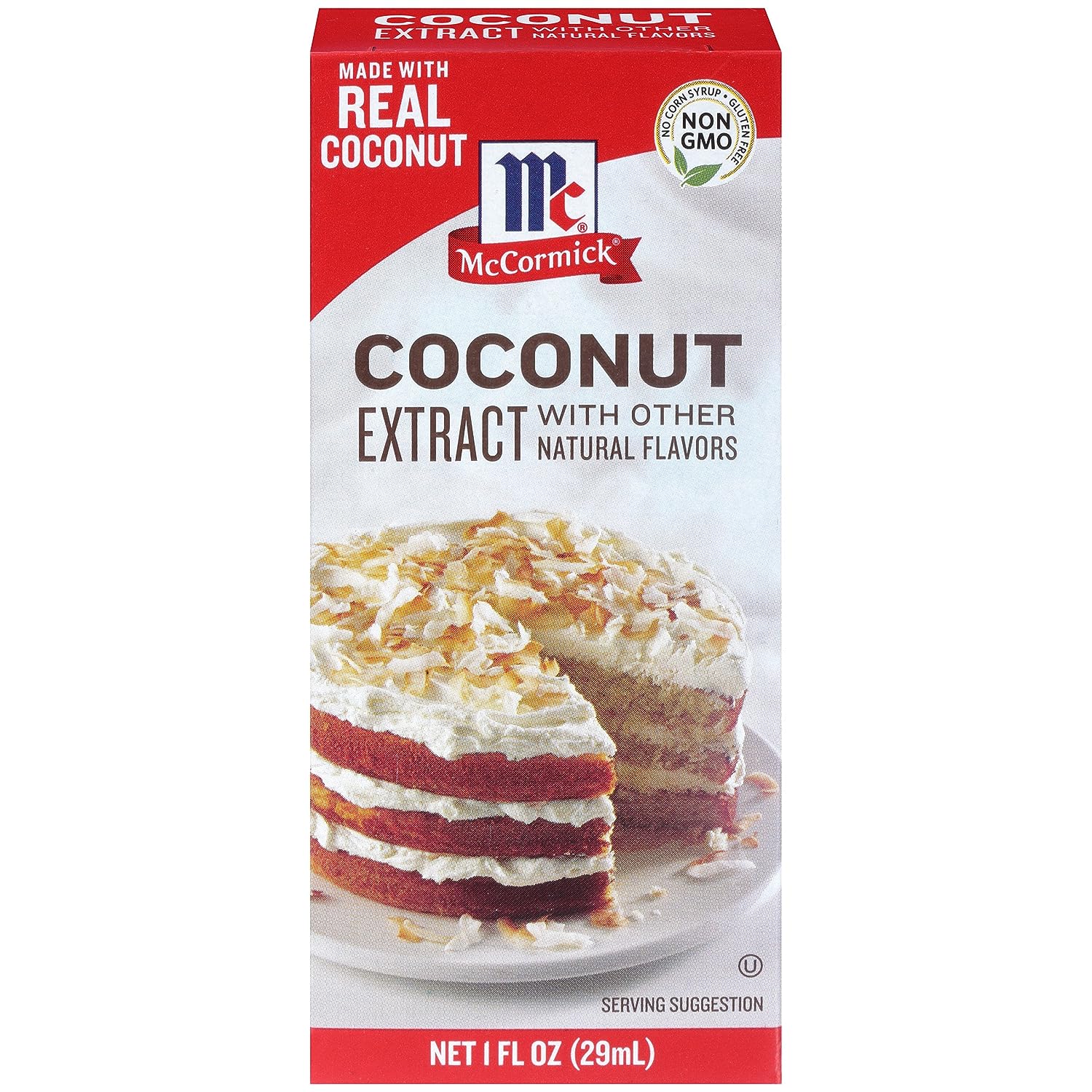 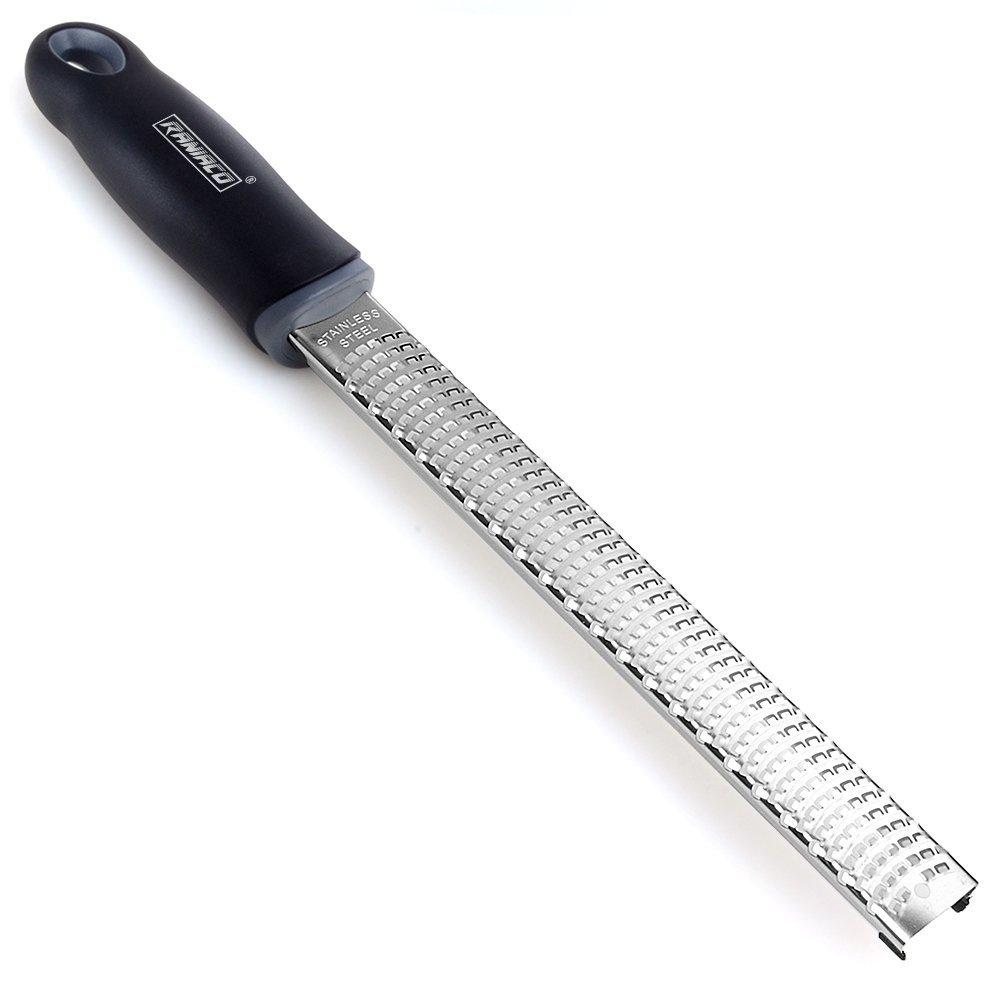 She looked at me, like duh, of course, it’s cheesecake. What did you think it was? Honestly, I don’t know and really didn’t want to. I went back twice after that and had the nerve to take an additional slice home. Potluck foods are sometimes scary. Sopapilla isn’t one of them. I decided to switch up my recipe a bit by adding pineapple and coconut because I can’t leave well enough alone. Don’t judge, it’s the African in me. 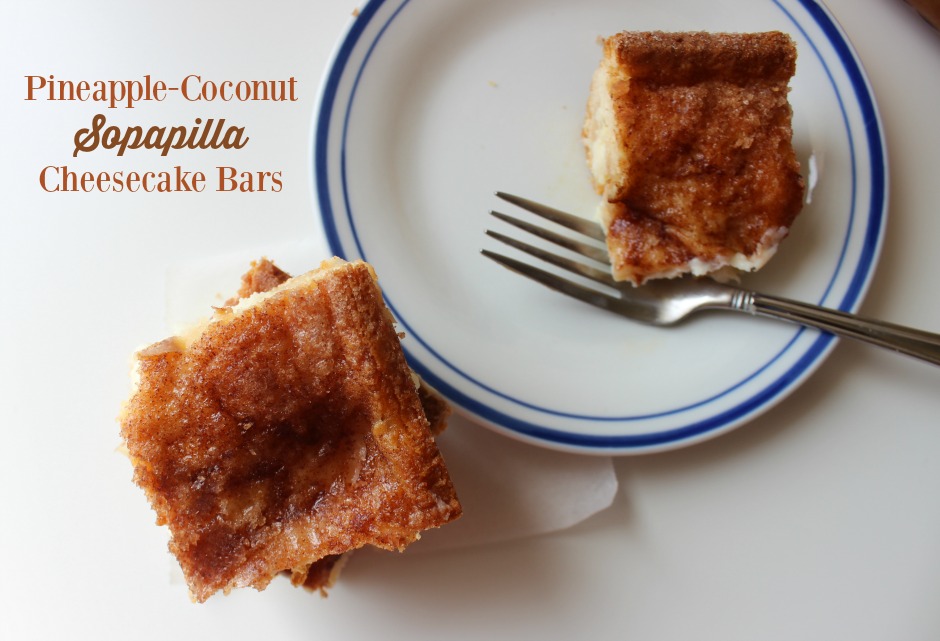 Potluck foods are sometimes scary. Sopapilla isn’t one of them. I decided to switch up my recipe a bit by adding pineapple and coconut because I can’t leave well enough alone. Don’t judge, it’s the African in me. 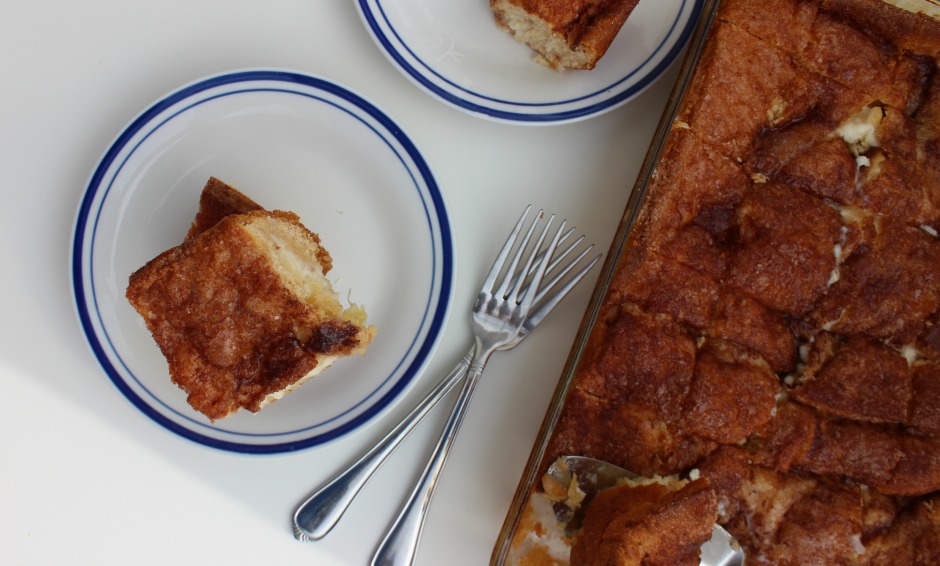 Anyway, technically this should be called Sopapilla Pineapple-Coconut Cheesecake Bars but for some odd reason, it doesn’t roll off my tongue hence the new name Pineapple-Coconut Sopapilla Cheesecake Bars. With that said, don’t judge this dessert by its complicated name it’s actually pretty easy to put together. As in so easy even my 10 years old daughter can pull it off. Yep, that easy. Prep time is about 10 minutes, bake the cheesecake in oven for 20 minutes and cool for 20 minutes or longer, less than an hour and you have about 15 yummy cheesecake bars. 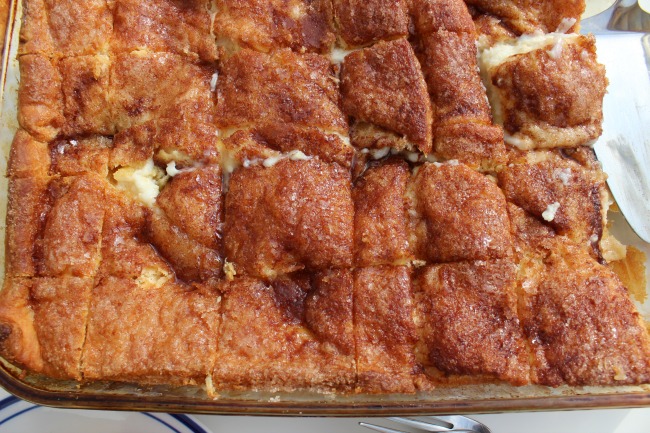 It goes without saying, this isn’t dieting-friendly but it’s worth trying out on cheat days. 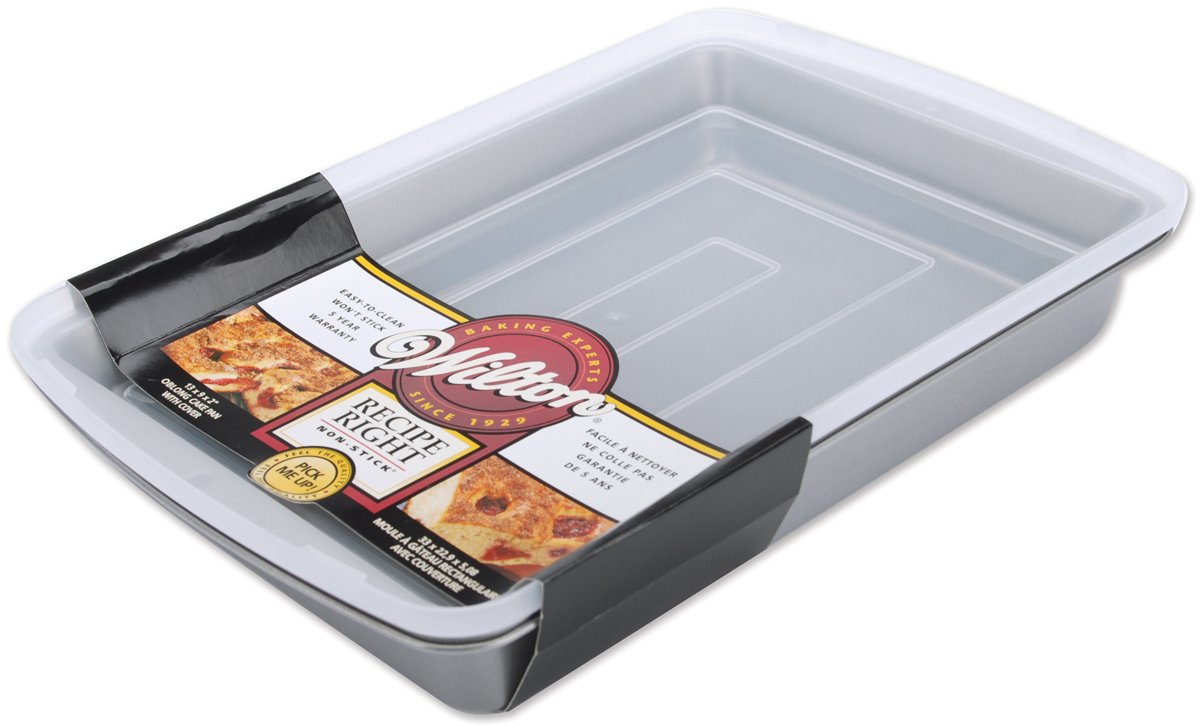 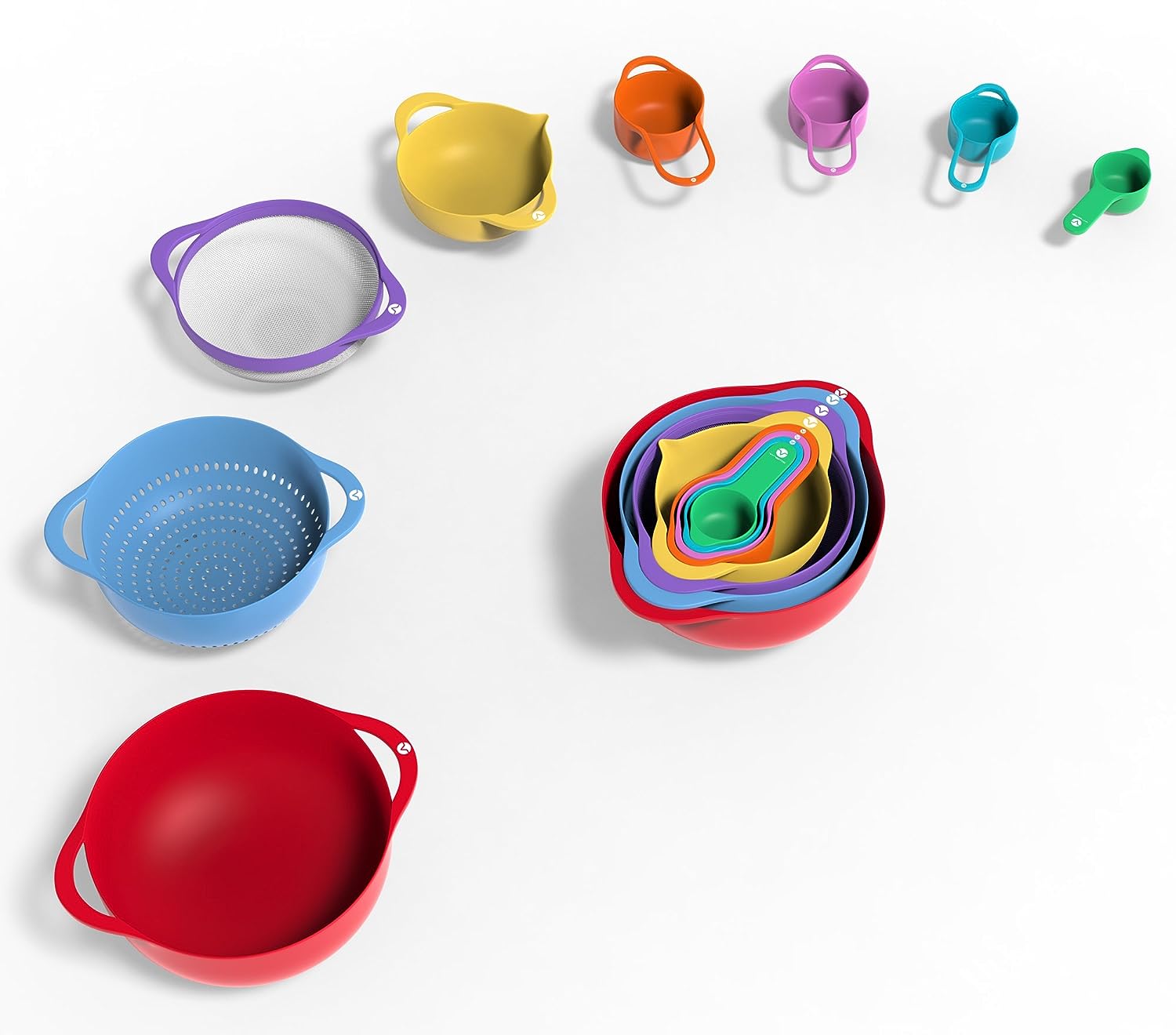