As a mom of two girls, I owe it to my girls to educate, encourage, and inspire them in S.T.E.A.M (Science, Technology, Engineering, Art and Mathematics). One of the way we’re doing this is by taking the lessons beyond the classrooms. Project Mc² does exactly that. Project Mc² is a new original series on Netflix about about four girls recruited to join a spy organization. 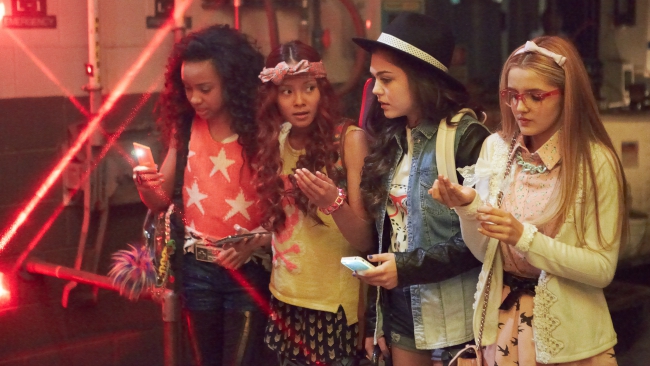 The series shows how girls can use their science smarts and math problem-solving skills to save the world.  All four girls plays an integral part on the NOV8 (Innovate) team. McKeyla is a Writer, Adrienne is a Culinary Chemist, Bryden is a Computer Scientist, and Camryn is a Mechanical Engineer. 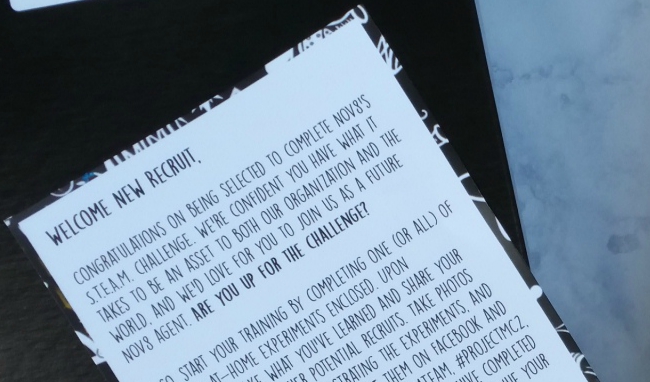 My daughters were recently recruited to join McKeyla, Adrienne, Bryden, and Camryn as an unofficial members of NOV8. 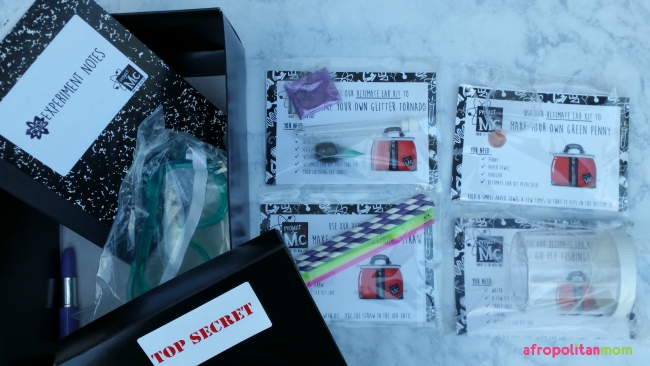 They were sent a few at-home experiments kit and they couldn’t wait to get started on it. 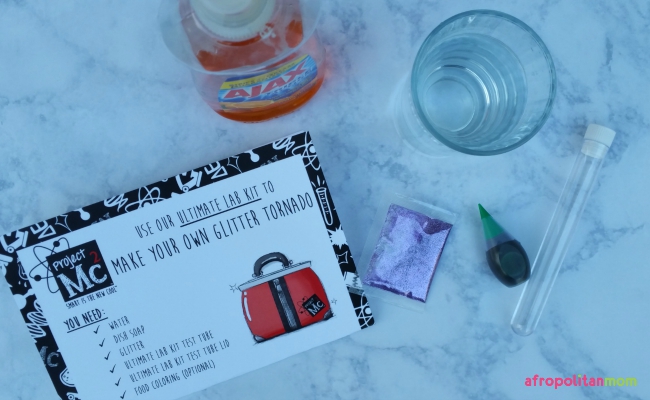 For their first experiment, they decided to make a mini glitter tornado. This was done by filling a test tube with water, they added a few drops of dish soap, and a little bit of glitter. They swirled it to see the effect. 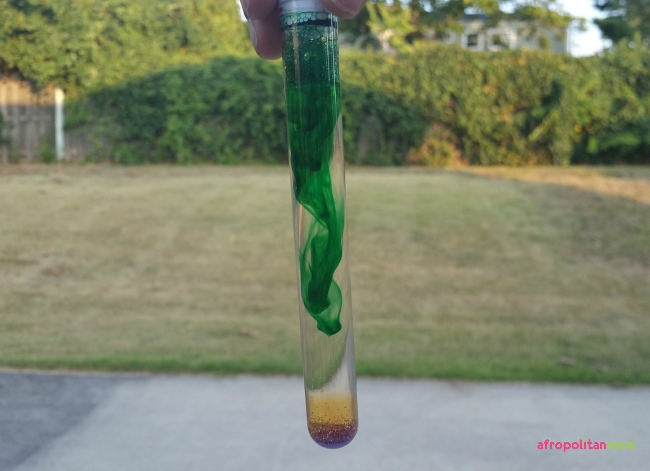 The at-home experiment kit was a great sister bonding experience between my 4 and 9 year old. They’re both looking forward to discovering what their next experiment will produce.

In addition to the series, there is a line of dolls inspired by the show. Each Project Mc² doll comes with an on-the-go science kit, like volcano, working lava light, a blueprint engineered skateboard and a glow stick necklace.

To join in on the fun, you can purchase your own Project-Mc² Ultimate Kit and the kids can’t play along while watching the series on Netflix. 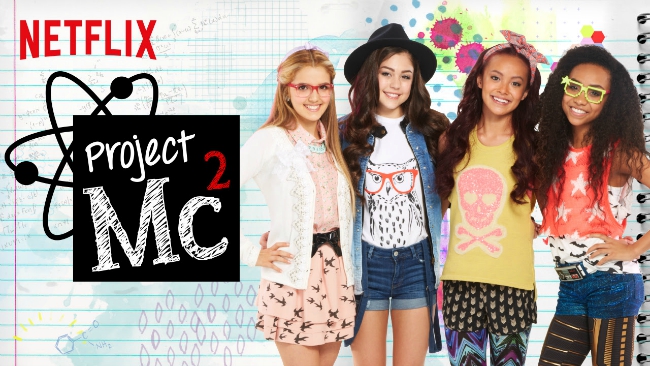 Disclaimer: I am a Netflix Ambassador, however all thoughts and opinions are mine. Some of the links are affiliate.