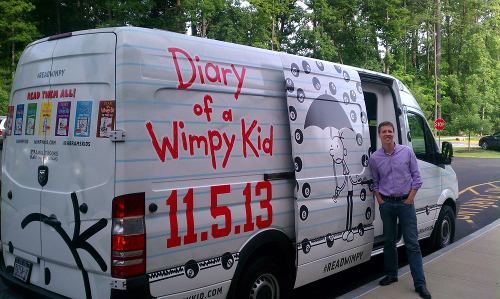 Are your kids Wimpy Kid fans? Well you will be excited to know that the author,  Jeff Kinney has teamed up with Six Flags Great Adventure Theme Park in Jackson, New Jersey  to reveal Wimpy Kid Book 8 cover, title, and color. So head over to the park on 8.8.13 to join the festivities. At 10:00 a.m. just outside the ticket booths at Six Flags Great Adventure, fans will gather as a tarp is pulled off the Book 8 Mobile to reveal the cover of book 8 in the Wimpy Kid series. Fans will be given a Wimpy Kid branded bracelet, which they can use as they exit the park to get a free book 8 poster.

“We are taking the cover reveal experience to a whole new level,” says Veronica Wasserman, Brand Director, Diary of a Wimpy Kid. “By partnering with one of the most popular summer destinations in the Northeast, we will kick off our incredible fall campaign with a bang.” 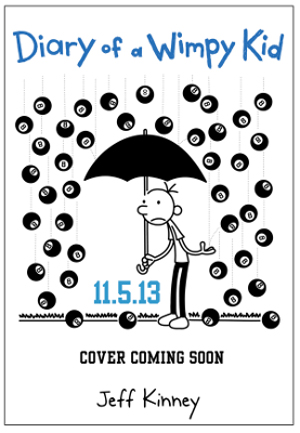 Diary of a Wimpy Kid is poised to be the biggest book series of the year, as book 8 hits stores on November 5, 2013. The book series won Nickelodeon Kids’ Choice Awards in 2010, 2011, and 2012 (and is nominated for one in 2013). Books in the series have won numerous awards voted on by students and teachers around the globe.

PRE-ORDER YOUR COPY ON AMAZON NOW:

9 Things You Need to Do Before You Send Your Child Back to School
Patrick F. Healy Middle School Teachers Participated in Mobile Technology Workshop