If you were a child of the 90’s or have a sibling who was, you know these opening lines very well. They immediately brought your attention to the screen and made you slide a little deeper into the blanket you were wrapped in. 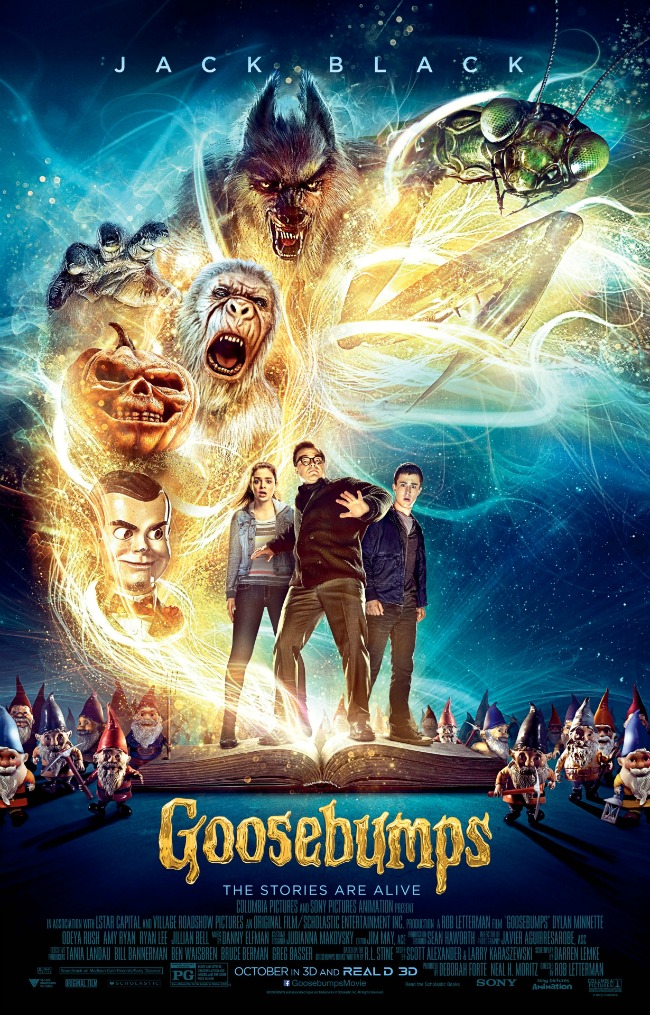 Yesterday, we were invited to an advance screening of Goosebumps at the historic haunted site Snug Harbor. The Sony Pictures release stars Dylan Minnette as Zach Cooper, Odeya Rush as “girl next door” Hannah, Ryan Lee as “best friend” Champ and Jack Black as R.L. Stine. The movie opens with Zach moving to a new town and meeting his new neighbor Hannah whose dad just happens to be the author of our beloved childhood reads – R.L. Stine. I saw this movie with two preteens who absolutely loved it! There was action, adventure and suspense as Zach and his friends try to outwit the characters from all of the best Goosebumps novels. Director Rob Letterman hit just the right chord of spooky without being down right terrifying for the PG audience this is aimed towards attracting. There were lots of laughs too, usually coming from the comedic genius Jack Black. This movie is sure to be a favorite not just for the Halloween season but for years to come. 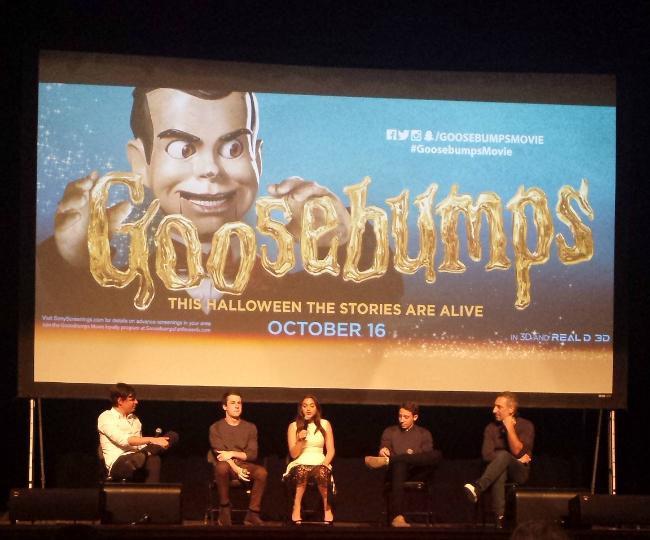 After the screening, we attended a sit-down Q&A session with the cast and director. They took questions from the kids in the audience. About making this movie and working with Letterman, Dylan Minnette says “These kinds of movies are the movies that resonated with me most growing up as a kid – like PG, scary adventures – funny movies for families- they feel so classic. They were really prominent in the 80’s and 90’s. So to be a part of a film like this, and have it be great and successful I think we succeeded in the movie that we made, and I think that’s all thanks to Rob.” Director Rob Letterman was asked about the decision to make a film that included all the Goosebumps characters. He stated”They couldn’t figure out which book, which story and this big idea popped into someone’s head!”

Well Goosebumps, you guys got it right!

Not familiar with the books, check it out here. Goosebumps opens in theaters on Friday, Oct. 15th. Get info and cast sighting by following Goosebumps on social media –

Royette is a mom of 2. Currently navigating the busy streets of NYC. With over 10 years experience in the IT field, any excuse to just be a mom and relish in the joy of their childhood is welcome.