AT&T, Where is BlackBerry Z10? My Patience is Running Out – Afropolitan Mom

Okay so I’m one of the few BlackBerry loyal fans still standing – holding on to the idea that RIM (dba Blackberry) won’t disappoint with the new launch of BlackBerry Z10. Based on what I saw at the launch back in January Blackberry Z10 is poised to be a game changer. I can hear the iPhone zombies and the Android geeks cringe/laugh at the word “game changer”. 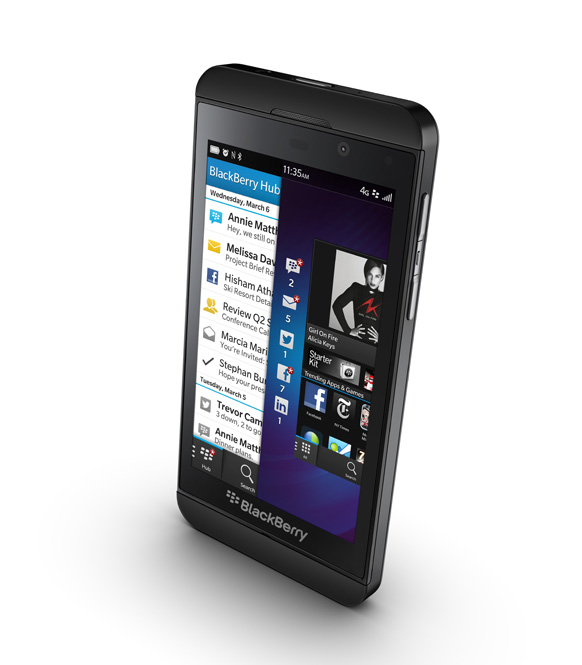 Let me explain, I personally don’t think BlackBerry will be very successful in gaining new customers with BlackBerry Z10 but it won’t be because it’s not a good product. It’s because Android and Apple has marketing and ecosystem strategy that has locked in most of its users to their environment and this will make it virtually impossible for the users to leave.

When I’m looking for a phone I focus mainly on its features, and with BlackBerry Z10 I know enough to be sold on it already. I believe it’s one of the few phones out there that has a HDMI port which will make it an ideal device for moms like me. I use my phone to capture precious moments of my little ones and on occasion I play them back on my phone not fully enjoying every moment because of the limitations.  With the HDMI port I can now connect my phone directly to the TV with full HD for everyone to enjoy.

With this phone, I’m actually considering a touch screen because with BlackBerry Z10, the keyboard will learn my mistakes and auto corrects them for me – pretty nice. It will also suggest my next word – talk about a mind reader. In addition, it has a sensor that can judge the placement of my fingers on the keys and figure out which letter I wanted to press, a feature someone like me with a fat & long finger will truly appreciate.

Although when it comes to apps, BlackBerry falls short, compare to its competitors. Even with the limited selection don’t cast BlackBerry out in the apps department. The last 2 years they’ve been on a world tour getting developers to develop for BlackBerry Z10, granted it might not be the same ones you are familiar with in the Android and Apple market, but reports are saying they have a few favorites.

BlackBerry also did a good job getting app developer in the Android market specifically to port their apps to over to BlackBerry Z10 platform. This was made possible because of the technology that BlackBerry Z10 runs on, QNX technology. Without boring you with the technical jargon, QNX is a real time operating system that is geared towards embedded applications software. It doesn’t run a huge operating system instead it has mini servers for different processes which enables developers to turn off/on different routines of a program. This makes applications that run ONX technology very robust and agile. You can read more about QNX technology on these sites – http://en.wikipedia.org/wiki/QNX  and http://www.qnx.com/

My friends and I have this long standing debate about the Smartphone market – I think the Smartphone market is a three horse race – Android, Apple – while BlackBerry and Window are fighting for that coveted third spot. Windows phone with the help of Nokia has made a good entry into the market. Samsung has really helped Android stay ahead with their willingness to shell out tons of money in marketing and innovation. I don’t believe that Apple can continue to be on top. A lot of what made Apple great is the innovative nature of the company which made them trendsetters and arrogant in their own way. BlackBerry has an advantage with millions of subscribers and enterprise systems. Android is the market leader and with Apples uncharacteristic reduction in number of ordered units, I think the game is set for someone to cause a stir, i.e change the game.

BlackBerry has an opportunity to find a niche and be that Smartphone communicator device with its physical (and virtual) keyboard for those that tweet and type a lot. I must add that my perspective is based on the North American and European market which seems to be the barometer by which success is judged because that’s where the big telecom companies are. But there are billions of folks outside North America and Europe and no doubt BlackBerry has a strong grip on that market. 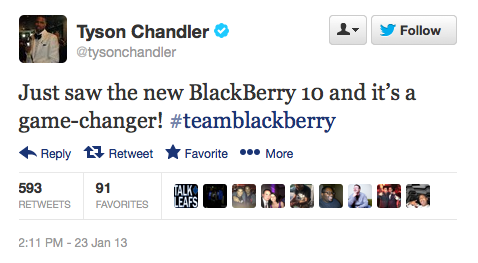 The BlackBerry love is still out there, a few celebrities has tweeted their love for BlackBerry Z10. POTUS still rocks his trusty BlackBerry; the ball is in now in BlackBerry’s court to turn all these love into ROI. Their 1st quarter report since the launch of BlackBerry Z10 is scheduled for March 28, 2013, I think Investors shouldn’t pay too much attention to that number because the phone just launched a few months ago so that number might not paint an accurate picture of what their future holds.

OMG, I’ve swerved off topic. Seriously though, when can i walk into my local AT&T store and pick up my phone, I’ve been waiting patiently and at this point I am a bus-pass away from catching the next Greyhound to Canada just so I can get my hands on this beauty.

Review: BlackBerry Z10 – I Want To Love It, But It’s Hard