If you ask me, you don’t need an excuse to host a slumber party, however Ever After High: Spring Unsprung debuted last month on Netflix since my girls were huge fans, we decided to invite a few of their friends over for an enchanted slumber party. Hope this inspires you to host your very own own Ever After High: Spring Unsprung Enchanted Slumber Party. Ever After High was introduced to our family last year when my daughter got her first doll, since then it has been an endless debate on royal vs rebels. If you’re new to the phenomena, Ever After High dolls are the royal and rebel children of some of our fairy tales princess. 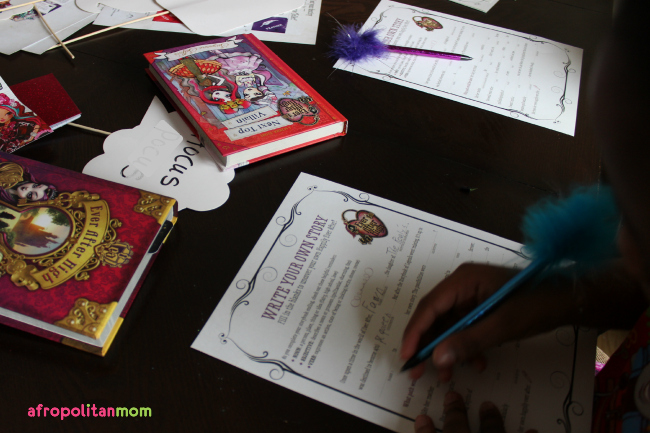 A little background about the Ever After High Dolls – 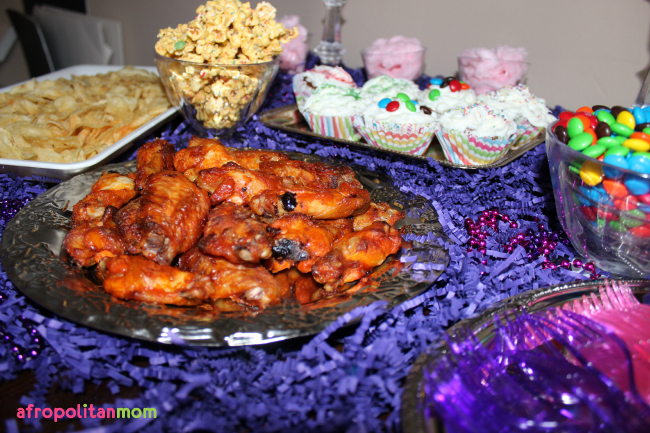 We didn’t go overboard with the menu, we kept it simple by serving hors d’oeuvres and a few snacks. While watching the show on Netflix, the girls munched on chocolate flavored popcorn and they each decorated their own cupcakes using candy from the candy bar. For the decor, we used crystal candlesticks as centerpiece, we hung this silver glitter chandelier above the food table,  strung beads across the table,  food was served on silver serveware fit for royals,  and we added a touch of color with themed cutlery. 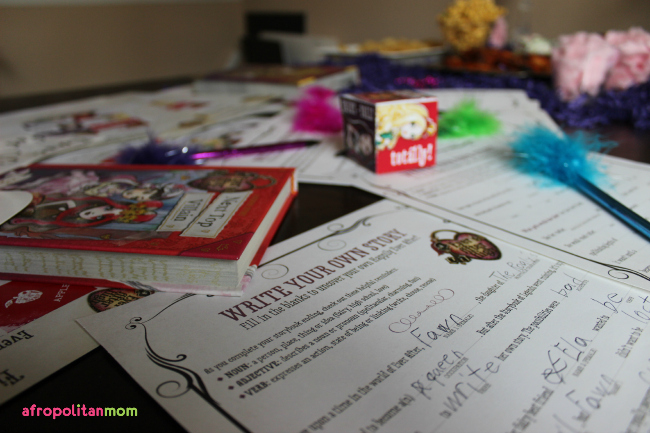 In addition to food and series watching, a party isn’t compete without activities.  The girls had fun trying their hands at fortune telling with the Ever After High Fortune Teller Printable, they also got a chance to see what each other was thinking with the magic cube printable. The printable kept them occupied for awhile. Their favorite was reading over each others personalized Ever After High stories.

Free Ever After High Printables 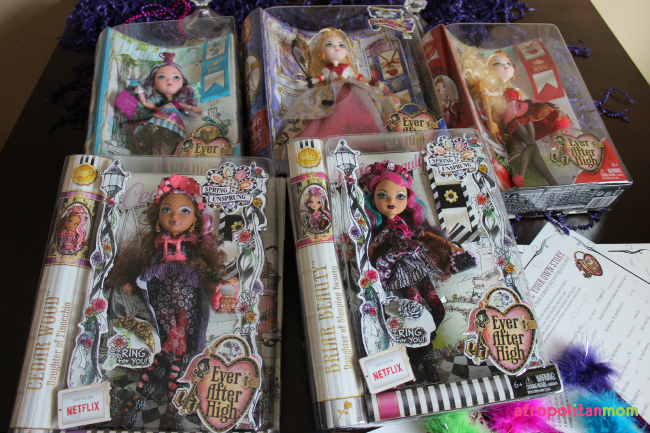 At the end of the party, each of the girls got to take home their own Ever After High doll and a keepsake bookmark. The party was a success, the girl had a “wonderlicious” time plus it was an excellent way for me to see how my daughter interacts with her friends.

Thanks to Netflix for sponsoring our Ever After High: Spring Unsprung Enchanted Slumber Party. All opinions are mine.