If there is music playing, you can bet your bottom dollar my kids and I are dancing. Yes, we are “that family” you know the ones you see at the grocery store bumping their heads to the music playing over the PA system. Life is too short to be anything but happy and music/dancing makes us happy. My husband blames me for the kids off the cuff dance-off, and I agree they got that gene from me. I love music, and music without dance is just boring. So you can imagine, why we love Just Dance Kids 2014, yes it offers non stop party dance music. 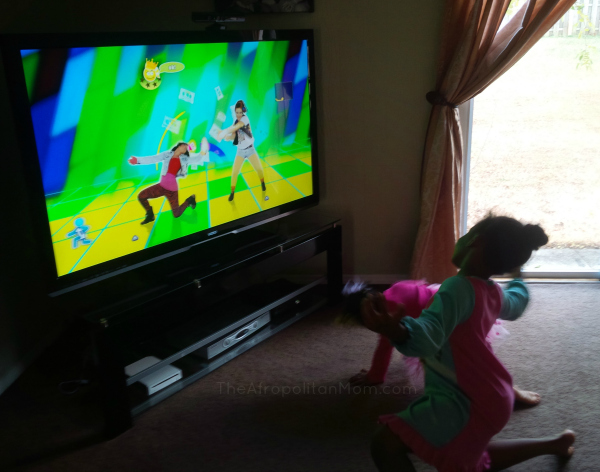 We received the game  about a month ago, and we’ve played it religiously ever since, especially this weekend, when we’ve all had too much Thanksgiving turkey and needed to burn off some extra calories – just dance to the rescue. After dancing an hour none stop, I believe its safe to say – that extra 500 or so calories I ate on Thanksgiving isn’t going to my thighs like I initially thought,  its been burnt off on the dance floor. Just Dance Kids 2014 is a family favorite at my house, even my youngest, little bitty 3 year old got in on the fun.  She’s the one in the pink tutu. 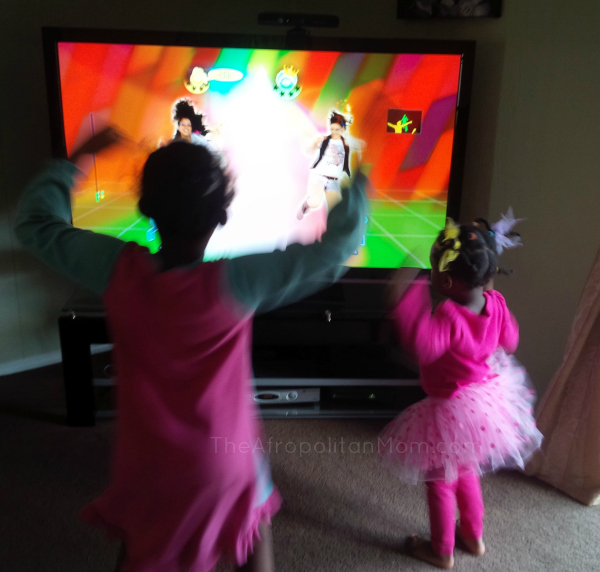 Additional feature the kids liked about Just Dance Kids 2014 for Xbox is the ability to create their own music video. Yes, you got that right, this feature is exclusive to Kinect for Xbox 360. We can record our own dance routines and watch them on TV. The kids can also connect with their friends and challenge them to compete for some points, but we haven’t gotten around to doing that just yet. 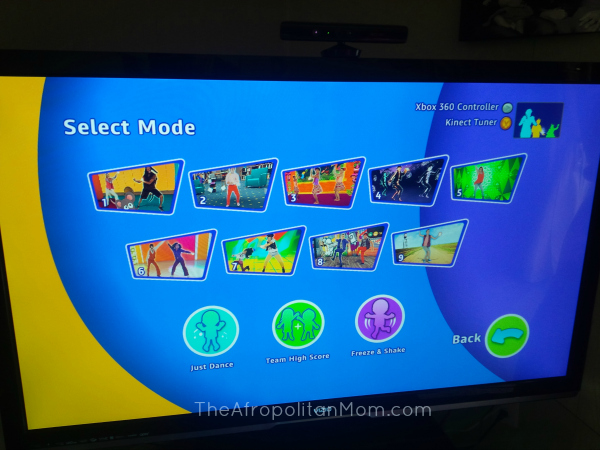 Just Dance Kids 2014 had something for everyone, my youngest loves the fact that Yo Gabba Gabba and Wiggles were on there, while my 7 year old couldn’t get enough of  Demi Lovato, Selena Gomez, and One Direction just to mention a few. As a family we got to exercise  while dancing to crowd favorites like – “Do you love me”, I like to move it”,”Footloose”, and “Hit me with your best shot”. Seriously with over 30 fun songs this game is going to be on rotation for awhile. Another feature, I appreciate is the Parents’ Corner, where I can keep track of calories burn. I also helped my daughter in compiling her “favorite songs” from the game and we made a playlist –  a little something to get us moving non stop.

To get an in-dept analysis of Just Dance 2014 Kids video game check out Ubisoft’s Blog. Just in time for cyber Monday, Just Dance Kids 2014 is available on amazon for  Xbox 360 Kinect , Nintendo Wii, and Nintendo Wii U. I think it will make a great stocking stuffer for the kids in your life. I already picked one up for my sister and her family – its time to challenge them to an official dance off,  Just Dance Kids 2014 style.

I was selected for this campaign by the Clever Girls Collective; however, all thoughts and opinions are my own.